Forgive me for sounding like a complete millennial here, but that TikTok has a lot to answer for eh?

You probably saw the viral photo above of the teenage girl stuck in a baby swing in a playground in Ruislip, west London this week — I'm claustrophobic just thinking about it.

The teen had to be rescued by a team of fire fighters, who dismantled the child's swing to set her free.

Her reason for being in the swing in the first place? A TikTok trend... Give me strength.

In their quest for #TikTok fame #London teenagers have been forcing themselves into toddlers’ swings and getting stuck - ending in a call out to firefighters to rescue them. Please think twice so you don't divert our crews from more serious incidentshttps://t.co/Lr96LsgMT3 pic.twitter.com/ezRCMg1pLm

If my tone here sounds less than sympathetic, it's probably because that's exactly how I feel.

We were all kids once and got up to all sorts of messing, but wasting emergency services' time for a TikTok video just won't wash with me.

And that's not even touching on the risk of personal injury and the destruction of public property. 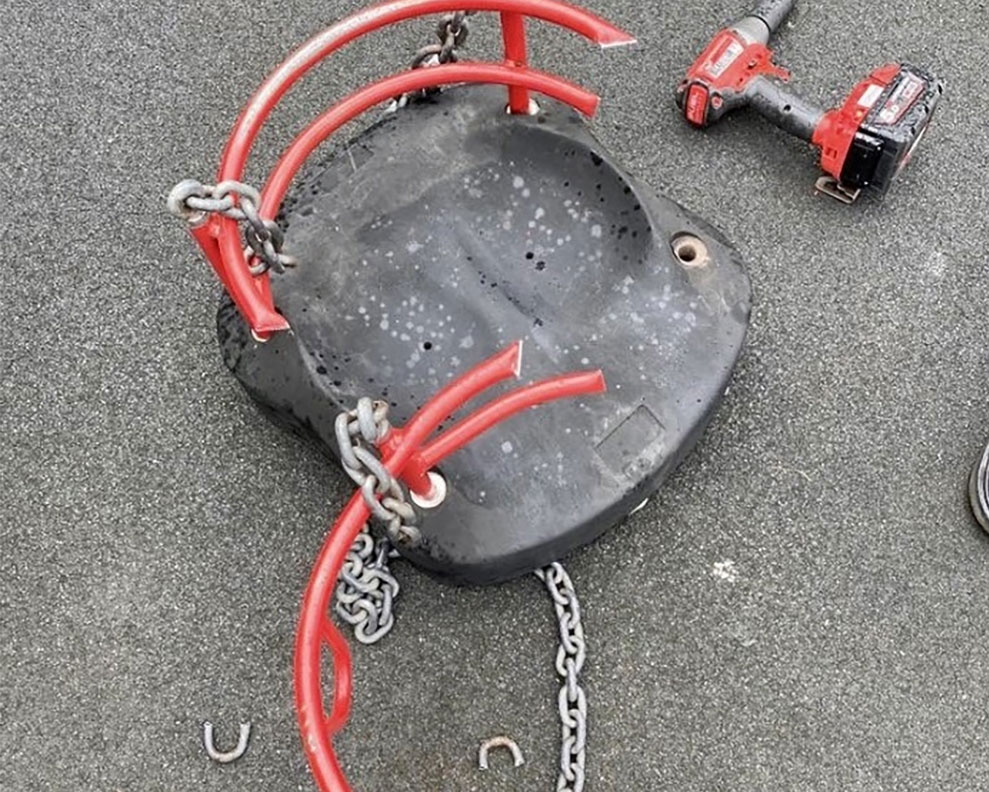 London Fire Brigade have reportedly attended 21 instances of teenagers getting stuck in swings, all linked to the social media trend.

As a result, they've had to issue a warning asking people not to partake in the trend.

Yep, they had to ask people not to insert themselves into things that are clearly too small for them.

I think I speak for us all when I say, can you just not?


popular
A controversial new sex education programme for catholic primary schools is causing uproar
This mum can't understand why no one likes her 'teacher gift' idea
FM104 apologise for "making light" of voicemail from 4-year-old boy with additional needs
Michael Jackson's daughter Paris speaks out about the PTSD her upbringing caused
This 23-year-old is mother to 21 kids... and she wants MORE
"My sister-in-law stole my baby name and now she's mad I'm still using it"
Child dies in tragic paddling pool accident in Co. Roscommon
You may also like
1 week ago
Struggling to sleep in the heat? This viral TikTok hack is making people sleep in just minutes
2 weeks ago
TikTok star tries out weird pregnancy cravings
4 weeks ago
Mother gives birth in her sleep...
4 weeks ago
Watch: The sweetest love between a dog and her human baby sister
4 weeks ago
Pesto eggs are TikTok's latest viral food trend – and you need to try them
1 month ago
This woman uses her best friend's breast milk as a face mask
Next Page