Who knew it would work so well?

While hairdressers were closed over lockdown, we were all tempted to chop our own hair - and a lot of us did.

One couple bit the bullet and decided to go for the chop during lockdown with a DIY haircut, but it wasn't in the way you would imagine.

This woman left everyone shocked when she revealed that her husband had used his spirit level to make sure he didn't give his wife an uneven cut.

Heading to TikTok to share their new found hack, Rambo Ave, or commonly known as Paris and Cole, shared the video to show the world her "handy man husband."

People couldn't believe the outcome after her husband appeared with a spirit level to make sure he was getting her hair straight.

Joking, his wife posted the video saying: "Asked my handy man husband to cut my hair... is that a f***ing level?"

Whipping out the spirit level from his toolbox, he didn't hesitate to hold it up to her back to ensure it was definitely the right place before he started trimming.

Combing through her hair, he kept picking up the level before diving in to make sure he wasn't making any mistakes. 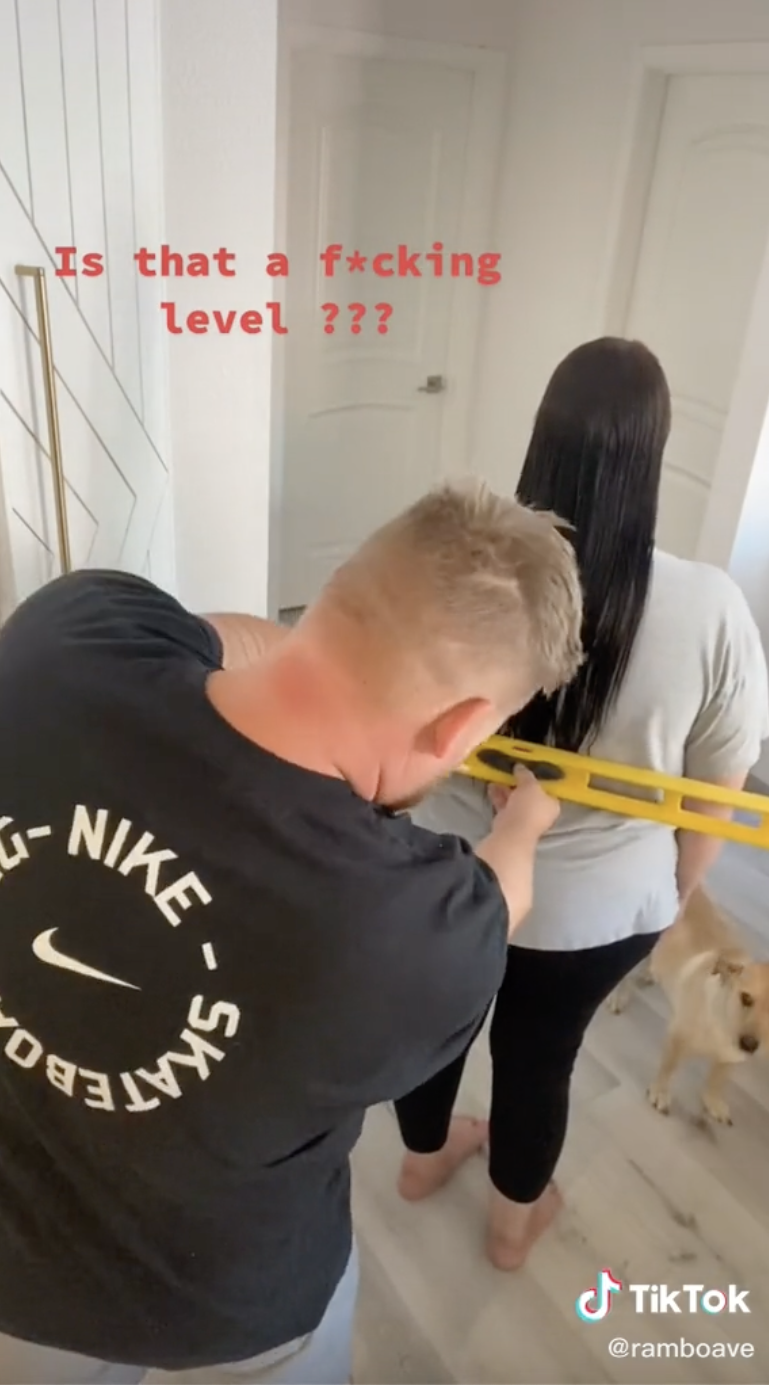 Once the level was balanced, he went in free hand and cut her hair as if he did it for a living, leaving viewers amazed by his skills.

And with 1.1 million views already, the couple has clearly left an impression with viewers racing to the comments to share their disbelief.

One said: "The fact he put this much effort in is beyond."

Another added: "Coming from a hairdresser... he did pretty damn good." 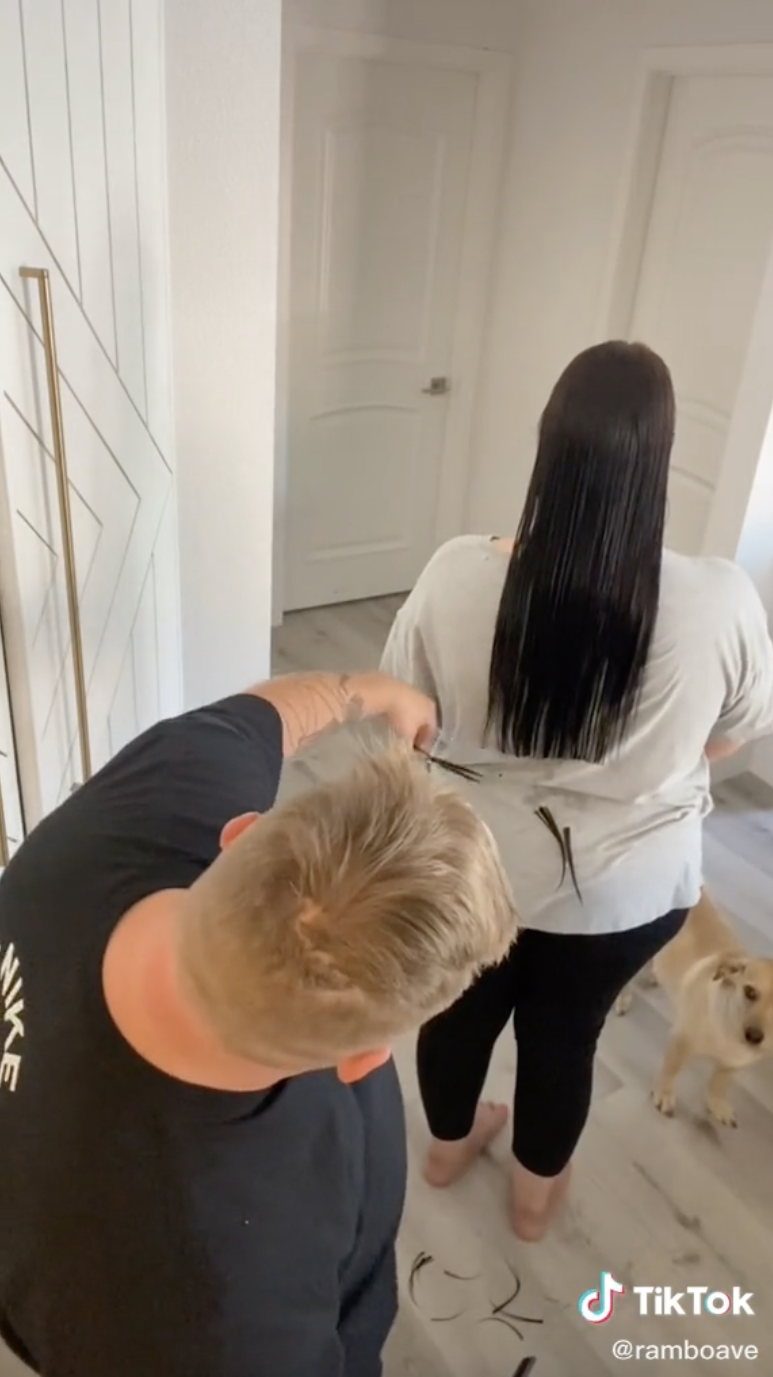 A third said: "This isn't his first rodeo, he holds his scissors professionally."

The pair are known for posting about their DIY renovations on TikTok, so it's no surprise the spirit level is what came to mind when hairdressing came into play.


popular
Woman hands herself in after allegedly killing newborn and claiming she miscarried
"It will haunt me for the rest of my life": Mother and daughter die from Covid within days of each other
Paw Patrol 'propaganda' and no black characters in Bluey: Do cartoons need to get woke?
These 5 foods could increase your chances of having twins
5 reasons having a son is the best (even if you were hoping for a girl)
The Drugs Do Work: Antidepressants were the missing step on my road to happy
20 Unisex Irish Baby Names That Are Absolutely Magical
You may also like
1 day ago
Irish data regulator opens privacy inquiries into TikTok
4 days ago
The 'secret' Zara label signs that'll apparently help you get the right size every time
2 weeks ago
Toddler tries running away from home – because Cocomelon was turned off
2 weeks ago
Pass the tissues! Hugh Jackman reacts to grandad with dementia watching The Greatest Showman
2 weeks ago
Bride left furious after catching groom watching football at their wedding
2 weeks ago
Mum gets real about the "tediousness" of keeping kids entertained
Next Page