Feel like you are forever nagging your other half to empty the dishwasher or put down the toilet seat?

The thing is, you shouldn't feel too bad about this or even try to stop it – as it seems you could actually be doing his health a massive favour by being on his case day in and day out.

According to the study, husbands with controlling wives are less likely to develop diabetes. And in those that do, the onset is slower and the symptoms are managed much better.

The researchers analyzed survey results from 1,228 married participants over five years, and what they found was that so-called “controlling wives” simply ‘nagged’ their husbands more about their health and behaviours more. 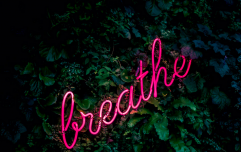 END_OF_DOCUMENT_TOKEN_TO_BE_REPLACED

However – it seems the same can not be said for controlling husbands and their effect on their wives health.

An unhappy marriage has the opposite effect on women's health and actually increases women's risk of diabetes. Instead, a strong, healthy marriage in which she feels loved and supportive keeps her body and mind strong and healthy.

The reason for this, the researchers concluded, is that women may be more sensitive than men to the quality of the relationship. Meaning, if there is conflict and the marriage is strained, the wife will experience more stress and therefore negatively affect her physical health more than her husband.


popular
10 seriously unique Irish baby names that are not too popular (yet)
Mindfulness: 7 simple techniques to try when your mind just won't stop worrying
Mother's Day gift guide: 13 presents we'll be gifting all the mamas on our list
A TikTok hack shows how partners can help a pregnant mum when her back is hurting
RTÉ 2 wins rights to Harry and Meghan's Oprah interview
Leaving Cert students to get six days from next Wednesday to select between exams or accredited grades
Five quirky Irish children's clothing shops that you should check out in 2020

You may also like
1 day ago
I have completely ditched foundation - and here are the 3 products that helped me do it
1 day ago
5 simple ways to make your weekend feel special (even when you are not going anywhere)
1 week ago
Still in lockdown: 25 things to do if you are feeling bored today
1 week ago
Always waking up tired? 7 easy ways to feel more awake in the morning
1 week ago
Back to school (again): The 15-minute trick that is about to change your hectic mornings
2 weeks ago
Postpartum: 5 things to eat now to help your body heal after pregnancy and birth
Next Page