Are you an avid reader of horoscopes? Fancy some celestial input when thinking about baby girl names? Here are my top three picks for each sign.

Aries is symbolised by the ram and ruled by the planet of war Mars. Here are some appropriate names for your little warrior:

Taurus, the bull, is ruled by Venus. If your little Taurean arrives in April you could consider:

Aibreann – meaning ‘April’ in the Irish language and as Venus was the goddess of love and beauty you could also consider:

Esther – A Hebrew queen who was famed for her beauty 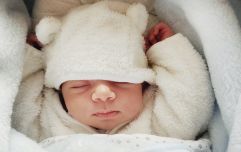 END_OF_DOCUMENT_TOKEN_TO_BE_REPLACED

Gemini is a sign ruled by Mercury and symbolised by twins. Mercury was a messenger god, so this little lady will probably be an excellent conversationalist (a.k.a. won’t stop talking!):

Edda - a German name translating to 'with clear goals'

The crab is a water sign that has the moon as its ruler, so cosmic-based names are just perfect for this girl:

Elara - a moon of Jupiter

Massive increase in babies being named after 'Sex Education' characters

END_OF_DOCUMENT_TOKEN_TO_BE_REPLACED

Carina - from the Latin word 'keel', one of the five stars in the Orion constellation

Ruled by the sun and symbolised by the mighty lion, Leos are born under a regal sign:

Tia - from the Greek, translating to 'princess'

A powerful earth sign. Think all things mother nature and you’ll pick the perfect name for this baba:

Afra – a beautiful Arabic name meaning ‘colour of the earth’ 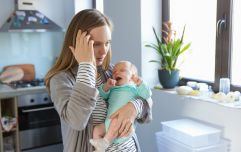 Widow changes son's name after vowing to name him after late husband- was she wrong?

END_OF_DOCUMENT_TOKEN_TO_BE_REPLACED

Daisy – an old English name derived from the flower

Autumn – a seasonal touch to this name for September babies

This lucky air sign is ruled by the romantic Venus. Balanced and fair, Librans are symbolised by the scales and known to be one of the most attractive signs of the zodiac:

Aleena – with Celtic origins, this name means ‘attractive and fair’

These feisty scorpions are mysterious and brave. Girls born under this water sign should be given strong names befitting their personality:

Millie – a diminutive of Amelia meaning ‘strength and determination’

Ah, my own corner of the zodiac! Us archers are, of course, a fire sign and symbolised by the centaur (half-woman, half-horse). Sagittarians are outspoken and gregarious girls who like to be at the very centre of the action:

Nuria – a Spanish name translating from ‘bright light’ or ‘luminous’

Fia – with Latin origins, Fia is short for Fiametta and means ‘little fiery one’

With Saturn as their ruling planet, these girls are the hardest-working sign in the zodiac. Their can-do attitude and determination will take them far in life:

Verity – coming from old French, it translates to 'truthful'

Isa – Spanish in origin and a diminutive of Isabel, it means 'devoted'

Spontaneous and quirky, Aquarian girls are (confusingly) an air sign symbolised by a water-carrier:

The water sign Pisces is ruled by Neptune and symbolised by fish. This girl is likely to be artistic, empathic and at the centre of all the drama. Consider one of the following from your little Piscean:

Marin – a German variant of Maria meaning ‘of the sea’

Are horoscopes a load of old cobblers? Does your name suit your star sign? Let us know your thoughts in the Facebook comments.


popular
Newborn baby boy found alive in food delivery box
Louise Redknapp was "quite shocked" by Jamie's wedding news
Cleo Smith: Police preparing for "worst case scenario" as search for missing 4-year-old continues
"We need our little girl home": Mum of missing 4-year-old Cleo Smith speaks out for first time
Babysitting your grandkids is actually good for your health, according to science
NWCI says garda’s 3-month sentence for domestic violence will discourage victims
The crown jewels Princess Charlotte will inherit, including Diana's most famous possessions
You may also like
3 days ago
20 'Marmite' baby names you'll either love or hate
3 days ago
Fall feels and autumn vibes – 15 pretty baby names inspired by the season
5 days ago
Think you're having a bad day? : Mom accidentally names baby 'Lasagna'
5 days ago
12 adorable baby names if you love the name Stacey Solomon gave her daughter
1 week ago
Mum admits she changed baby boy's name after 6 months- would you do the same?
1 month ago
Dad admits he won't sign birth cert if wife chooses 'confusing' name for daughter
Next Page