We may be well into 2018, but that hasn't stopped the '90s from somehow becoming more and more popular.

From fashion to film; TV to some (ever-so-slightly) questionable beauty looks, there's been no shortage of ways that the '90s hasn't influenced our daily lives.

Including, as it turns out, the names that parents are picking for their little ones.

A recent survey conducted bye Mumsnet found that some of the baby names that were popular in the 1990s are making a huge return in 2018.

Names like Daniel, Emma, Samuel, Hannah and Luke have begun to become the firm favourites for parents once again. 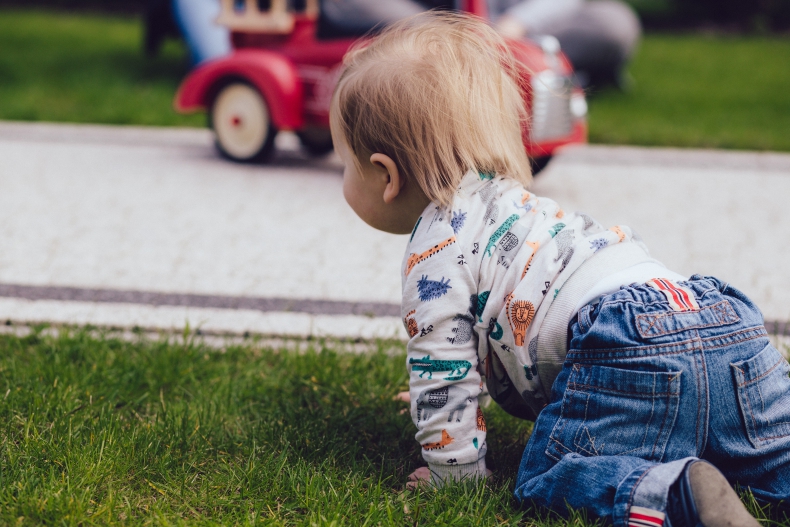 According to Metro, the '90s is the only decade that parents-to-be are feeling nostalgic for as monikers from further back in time aren't quite as popular.

END_OF_DOCUMENT_TOKEN_TO_BE_REPLACED

The study found that some popular choices from 1964 are on the verge of dying out completely - like Diane (8 per cent), Tracey and Sharon (3 per cent each).

In fact, out of all the names from 1994 and 1964, those people surveyed said they would be least likely to name their baby girl either Sharon or Tracey.

Other previously popular monikers that aren't winning favour with parents now include Susan, Jacqueline and Deborah. The name with the most popularity on the list is Helen, at 23 per cent.

"Naming trends tend to go in cycles, but it’s taken 80 years or so for Ivy, Mabel and Noah to become popular again, so it’s interesting to see nineties names coming back so quickly.

"Given the current resurgence in wedge trainers and ‘classic’ mobile phones, all that remains is to put Parklife into your CD Walkman and dig out your MySpace log-in."

popular
People are realising what the red Christmas lights are actually for
Parents told to stop buying selection boxes for kids- here's why
This Netflix Christmas film is being dubbed the perfect rom-com
Woman gives birth to baby boy and girl less than 12 months apart
Samantha Womack reveals she is now cancer-free
Having an Elf on the Shelf can actually be bad for your kids
"My heart sank": Tubridy hit with backlash over Toy Show remark
You may also like
1 week ago
These 40 baby names are set to trend in 2023
2 weeks ago
15 utterly perfect names for babies born in winter
2 weeks ago
I'm embarrassed about the name I gave my baby girl
2 weeks ago
Corrie star Julia Goulding welcomes a baby girl
2 weeks ago
Mum-to-be Molly Mae reveals the baby boy name she loved
3 weeks ago
These are the top baby names inspired by footballers
Next Page