Tweakments: Everyone's getting Belotero Revive, but what is it?

'Moisture is transported directly to the layers that need it'

At this stage in our skincare journeys, I probably don't need to tell you about the benefits of Hyaluronic. But for those not in the know, it's a substance that helps transport and maintain moisture in the skin, making it function like a well-oiled machine.

Everyone's talking about Belotero's new hero treatment, Revive - the key ingredient of which is the aforementioned wonder acid - but what is it exactly? And what does it do?

Revive is the next generation of facial that doesn't just add moisture to the surface of the skin... it injects it straight to where it needs to be. The clever product itself is a light injectable hyaluronic gel, which also contains glycerol - another powerful hydrating agent. It's used to treat the signs of sun damage, counteract some of the signs of ageing and promote elasticity. 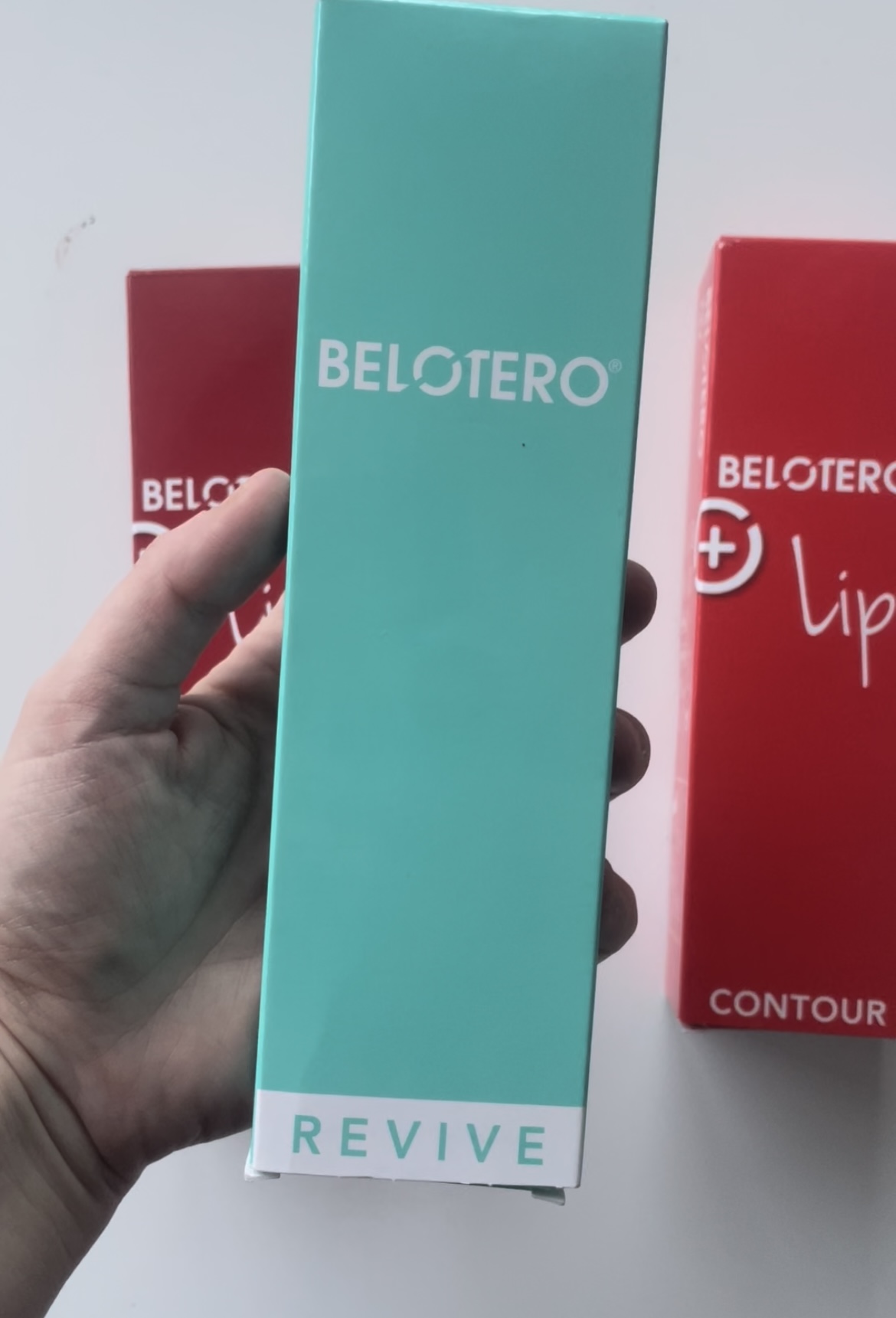 Before we get into it, let's have a look at my skin before.

On the whole I'd say I'm reasonably lucky. I'm 42, so I don't expect perfection. But what troubled me most was some dark pigmentation on my cheekbones, picked up during my pregnancy, that I just couldn't shift no matter what I tried. I've done the recommended facials and used the serums everyone swears by. I'm a slave to SPF and won't leave the house without it on nowadays - hail, rain or shine.

I also wasn't particularly happy with the overall texture. There was a new unevenness to it that's perfectly normal for someone my age I'm sure, but I had hope that this treatment might make feel a little more confident on no-makeup days. 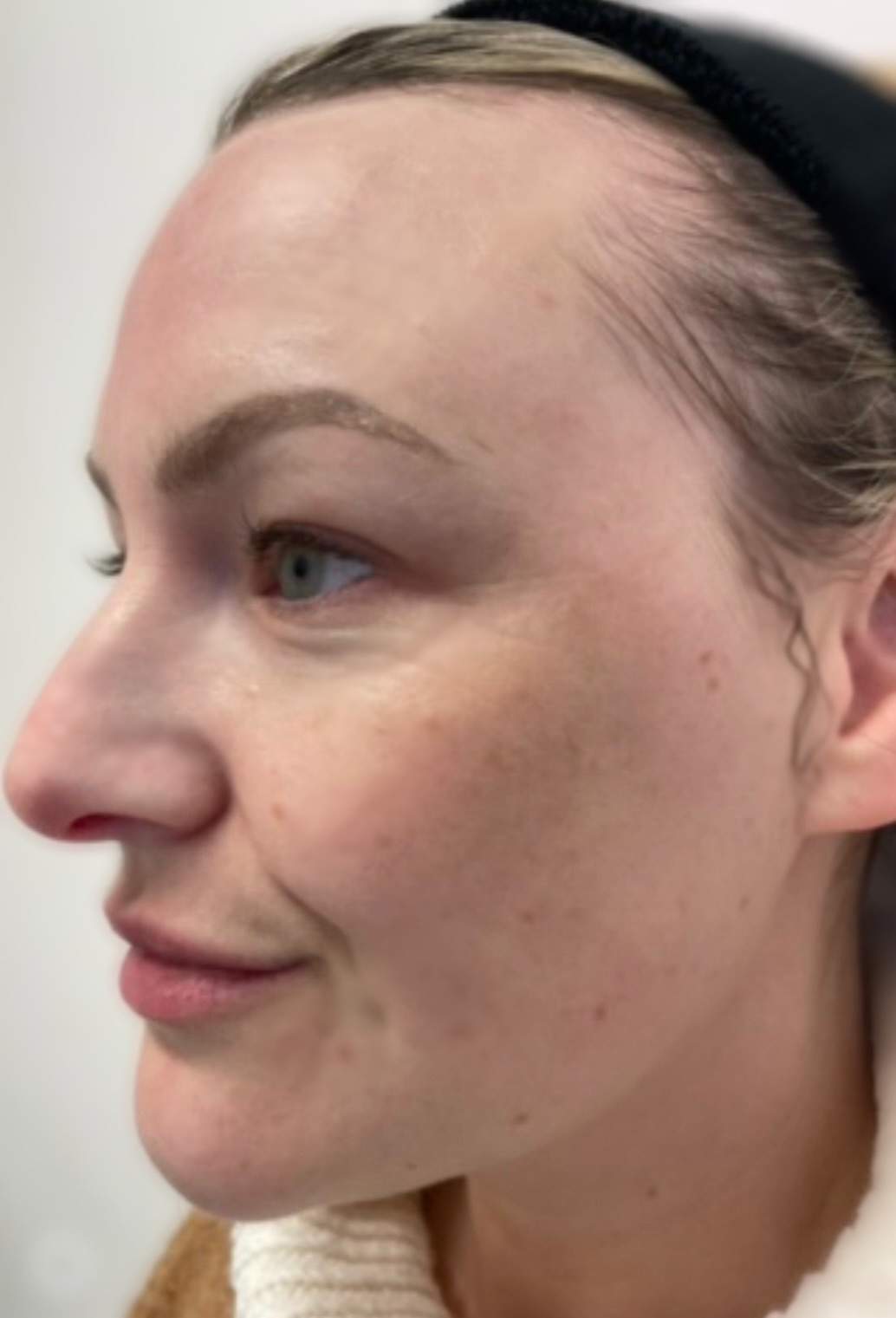 Very much sold on the idea of Revive, I headed to Laser & Skin Clinics on Dublin's Pembroke St Lower (they also have clinics in Athlone and Mullingar) to have three sessions of the Belotero treatment and find out if it was worth the hype.

Expert injector Anna Gunning talked me through the process while my numbing cream did its thing. She then analysed my skin and drew a grid on my face to indicate where the Revive should be injected. 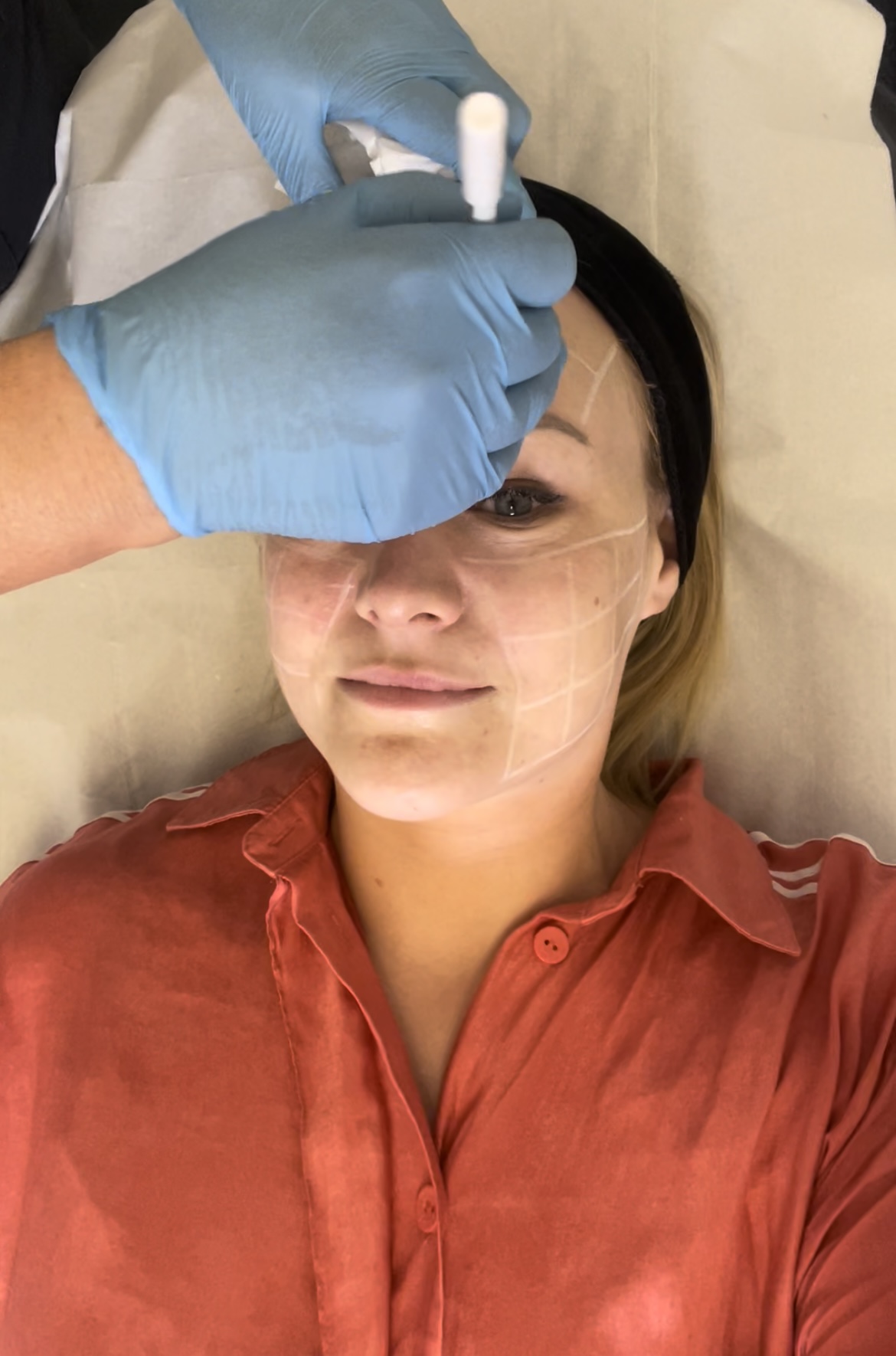 TRIGGER WARNING: Look away now if you don't like needles!

The product was then expertly injected, meaning all that lovely moisture-inducing loveliness was transported directly to the layers that need it.

This isn't about changing your face - Revive injections won't freeze muscles like Botox, or alter your contours the way filler might - and the results are not dramatic. Instead it's a deep, hydrating treatment and you'll feel and see the benefits of it for months afterwards. 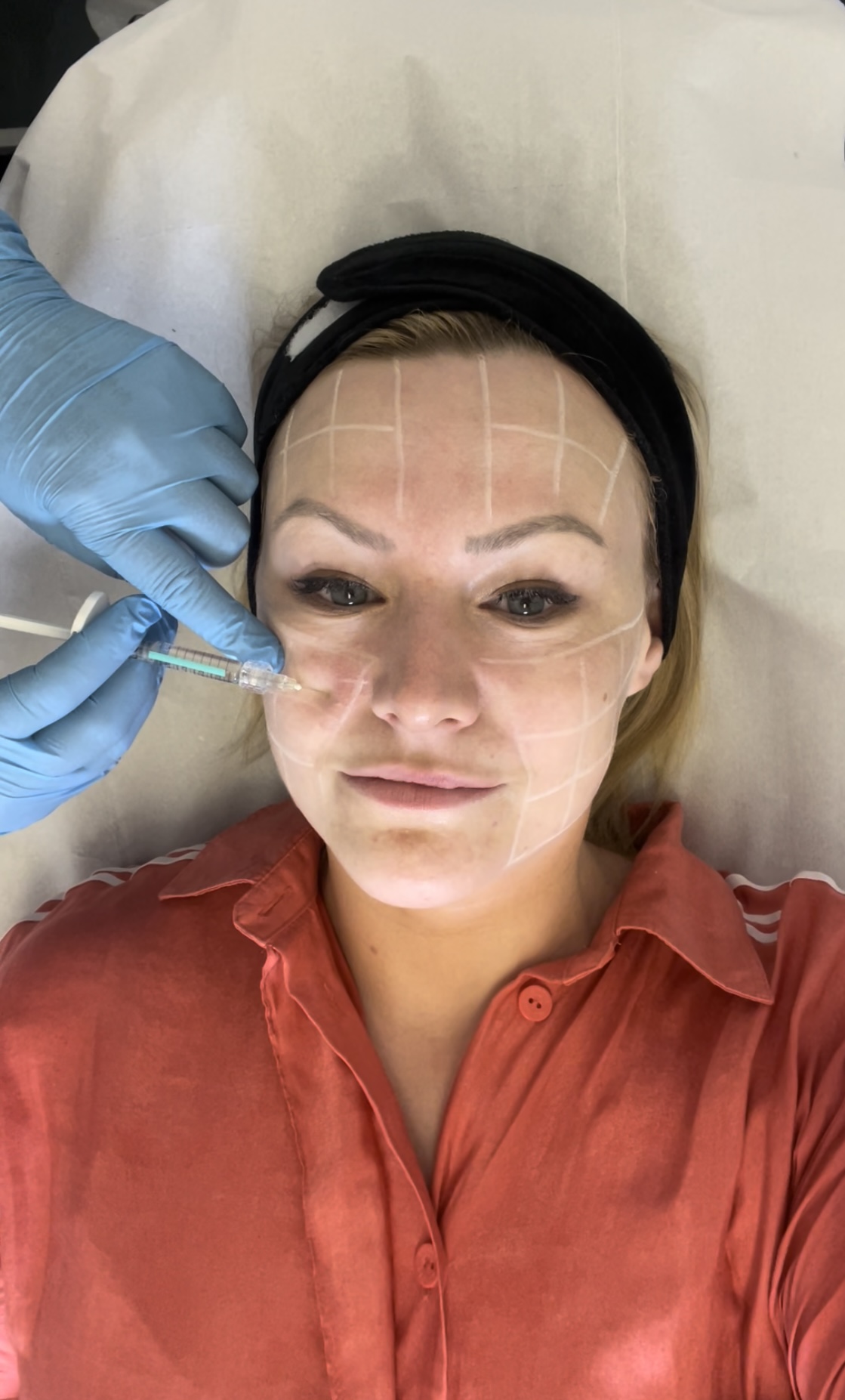 Did it hurt? Not much. If you've ever had Botox the feeling is comparable, but it's worth getting the numbing cream for this one as it'll potentially involve more injections than your usual Botox session. 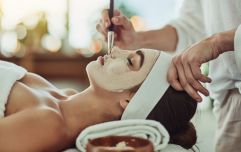 Tried and tested: this is honestly the BEST facial in Dublin

END_OF_DOCUMENT_TOKEN_TO_BE_REPLACED

Don't freak out if you're a little 'lumpy' looking afterwards. This is me (below) after my second treatment - the lumps were gone by the following morning. On my first treatment, they probably took a couple of days to flatten out. By my third session, they were gone by that same evening. 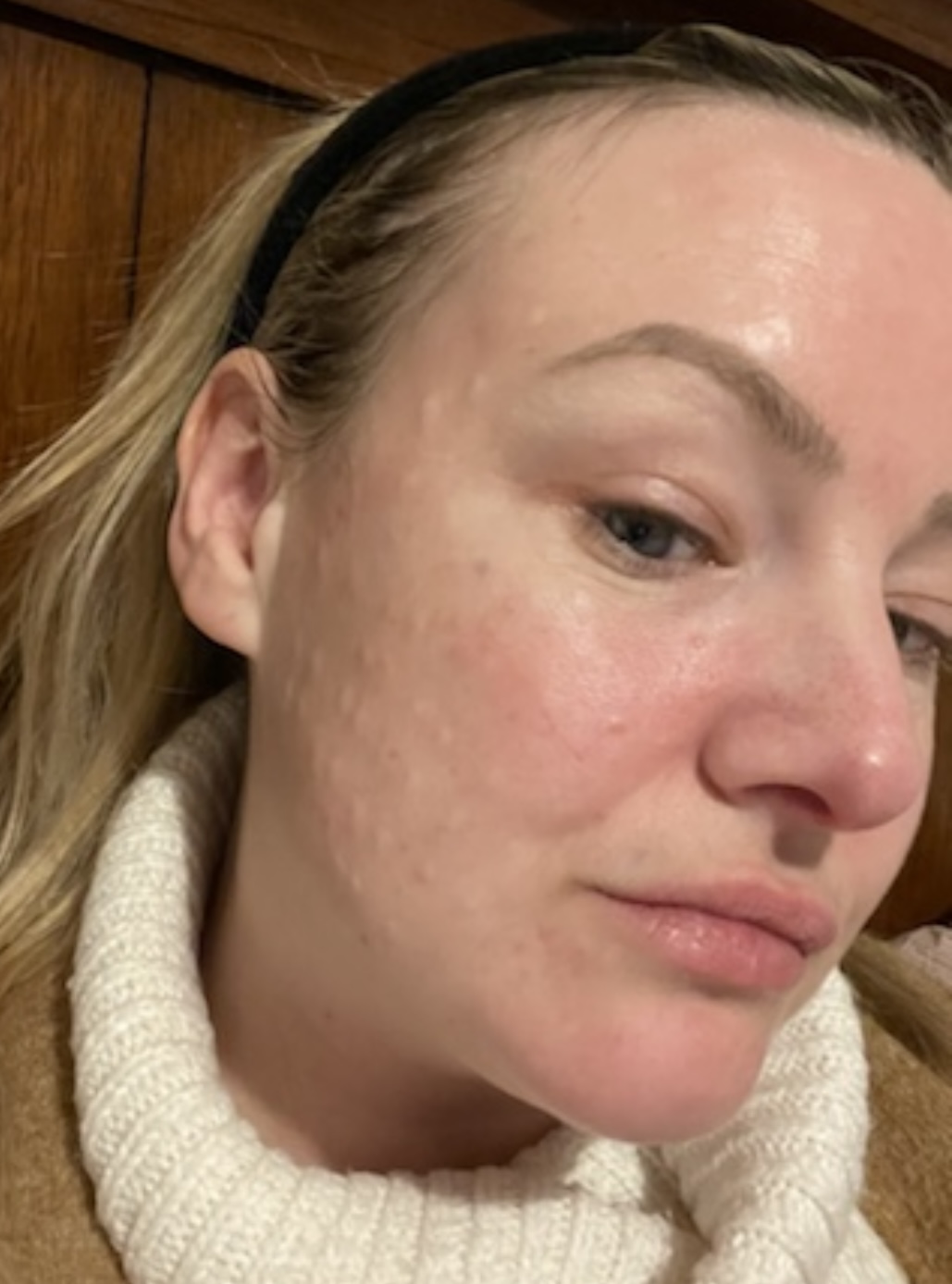 There's no dramatic 'after' shot for this treatment, but actually, there are some big differences. They're pretty major to me, even if nobody else would particularly notice. The main one being that my pigmentation has finally lifted! Three years later, this is the only thing that I can say definitely worked. I was looking into laser treatment to blast it away, but I don't need to do that now.

Here I am straight out of the shower without a scrap of makeup on (praise be for lash extensions and embrowdery). My skin feels more even, with a better level of elasticity than I've felt in years. 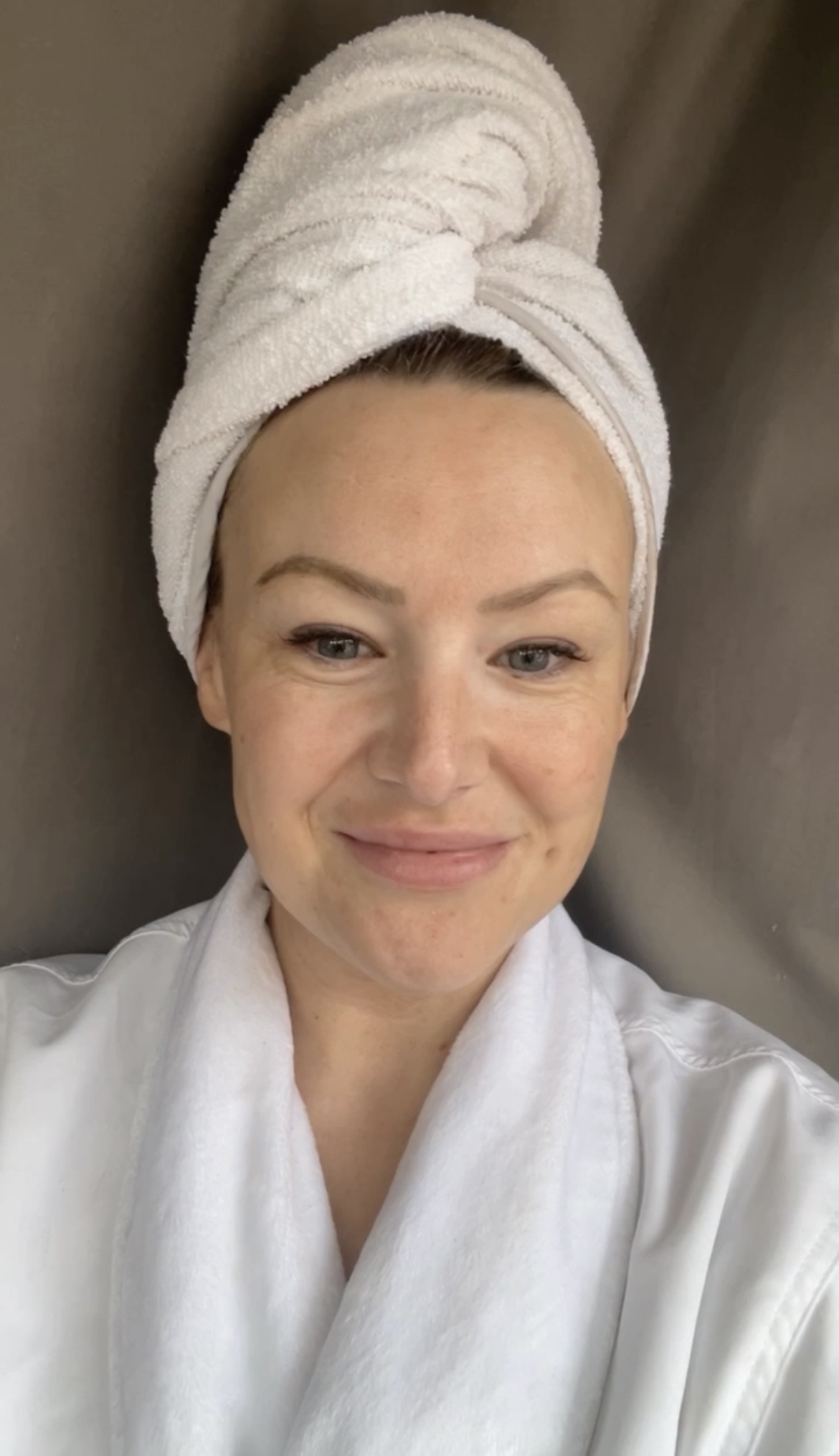 This treatment feels like an investment in my future skin - I'd be more inclined to have this done once a year than multiple regular facials.

Price-wise, Belotero Revive starts at €400, depending how many you need and the amount of product administered. Check in with Anna for a consultation - you won't regret it.

Read: "Like botox, but without needles" – I tested Gua Sha, and the results were impressive

popular
Breaking: Female child found with severe injuries in Co. Clare
Fans defend Khloe Kardashian for posing in hospital bed with her newborn
Girl found injured in Co. Clare house is in critical condition
Extra child benefit, IVF and free GP care: Key takeaways from Budget 2023
School threatens to suspend pupils who don't follow "outdated" uniform rules
Budget 2023: IVF to be publicly funded and free contraception for under 30s
Vaccine programme to roll out in primary schools
You may also like
3 years ago
Get your glow back: The AMAZING facial that completely changed my skin
3 years ago
Tried and tested: I got my first ever glycolic peel, and this is what happened
3 years ago
This brilliant DIY oatmeal facial will help rejuvenate tired and stressed skin
6 years ago
5 Reasons to Try The Heaven Bee Venom Facial at The Merchant Hotel Spa
7 years ago
6 Irish spa treatments that produce serious results, FAST
6 months ago
This very Millennial hair trend is making a comeback – and IDK how I feel
Next Page