"Not just me as Sam that needs replacing."

Danniella Westbrook has hinted at taking legal action against the BBC after she was overlooked to reprise her role of Sam Mitchell on EastEnders.

The actress, 48, took to social media to express her frustration at being overlooked in favour of Kim Medcalf, who will reprise the role after playing Sam from 2002-2005.

Danniella originally played the role in the 90s before she was replaced, but she later reprised it in 2009 and in 2016.

The soap's bosses appear to have switched between the actresses again though, confirming on Saturday that Kim would soon be returning as the Mitchell sister.

Announcing the news, Kate Oates, head of continuing drama at the BBC, said: "I have long wanted to bring Sam back into the family fold. Her return is guaranteed to be explosive."

"When the BBC approached me last year to reprise the role of Sam I was thrilled," Kym added. "She's a brilliant character and I can't wait to get back in the Square and work with the amazing cast." 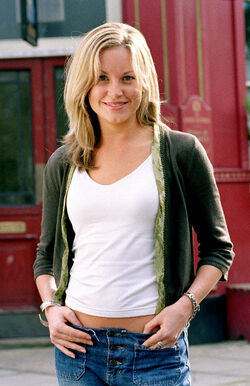 Danniella, on the other hand, was less than happy at being snubbed for returning to the role that launched her career.

END_OF_DOCUMENT_TOKEN_TO_BE_REPLACED

In a series of tweets on Sunday, she wrote: "Well well well who knew [laugh emojis] all I can say is thanks looks like I dodged a bullet [prayer emoji]

"Wishing Kym the best of luck at @BBCEastenders__ yet again this poor woman has to recreate a Samantha Mitchell as close to my last two recent come backs on the square go smash it darling..x oh but not to @bbceastenders my legal team will be in touch to know why when I held the contract too the last two times the character bounced in &out on a ratings or stint.

"For the record I was never sacked or dismissed and saw out both contracts one of them even being extended for episodes. It’s great 2 C the same level of care standards & loyalty 2 you bang on about having and giving to both new & old members of cast is still going as strong then as it always has…

"Not just me as Sam that needs replacing I’d look closer to the top of the show and cut that dead wood after all it’s all about evolving."

In a follow-up tweet, she added: "Bet you all can’t wait for my new book now can ya….. oh it’s gonna go way back to the things I’ve never ever told #beafraidpeople #itsallgood." 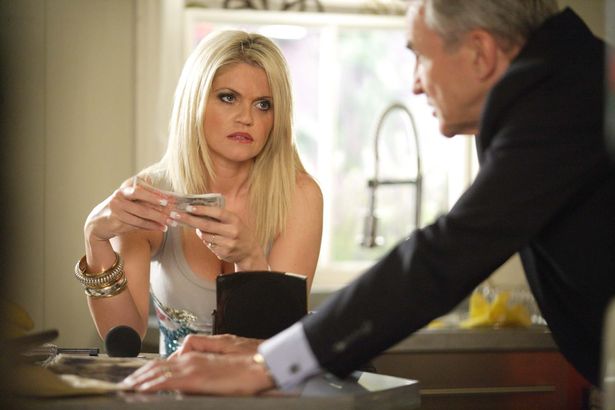 Danniella's latest comments come as quite the contrast to what she said earlier this month on Instagram about possibly being replaced: "The @bbceastenders have not contacted me to say they are re casting or if they have. But that’s ok. Who plays Sam next I wish all the luck in the world to. Enjoy. #outwiththeoldinwiththenew."

The 48-year-old has previously praised Kim's performance in the role, confirming that she once thanked her for keeping Sam alive while she was focusing on her health and recovery.

"I had never seen Kim before, so I went up to her on the red carpet and I said: 'Kim, I just wanted to say well done on the part. I know you took a lot of backlash and everything for stepping in, but you did a fantastic job. You're a very talented actress and thank you for keeping Sam alive, keeping her going,'" Danniella said on an episode of the Soap From The Box podcast.

"She was a little bit taken aback and said: 'Thank you so much'."

popular
Liam Neeson says he talks to late wife at her grave every day
New parents are being "thrown out" of hospital far too early
6 unusual and unique family-friendly activities to try in Ireland's Hidden Heartlands this autumn
Five children rescued from van in Cork as driver is arrested
Level 5: 10 really cool colouring pages to print and colour in from Pinterest
Shows like Bluey and Peppa Pig are actually bad for kids, expert warns
Classic TV programmes from our childhood (that were also very weird)
You may also like
2 weeks ago
Daniel O'Donnell is selling his Ballinteer penthouse for €760k
3 weeks ago
Brian Dowling's sister Aoife reunites with newborn 5 days after giving birth
3 weeks ago
Jason Oppenheim says he's "open" to marrying new girlfriend
4 weeks ago
Lea Michele addresses Glee cast bullying claims
4 weeks ago
Leonardo DiCaprio and Camila Morrone have broken up
1 month ago
Lauren Goodger says she is "on road of recovery" in update to fans
Next Page