Jennifer Lopez has opened up about the moment Ben Affleck proposed to her for a second time, sharing that while it was "nothing fancy" it was the "most romantic thing" she could've imagined.

Some 18 years after calling off their previous engagement, the singer-actress, 52, revealed on Friday that the couple are again engaged. Ben, 49, had proposed with a green engagement ring.

Now, Jennifer has revealed how it all went down in a new edition of her On the JLo newsletter.

"Did you ever imagine your biggest dream could come true?" she began the newsletter. "Saturday night while at my favorite place on earth (in the bubble bath), my beautiful love got on one knee and proposed. 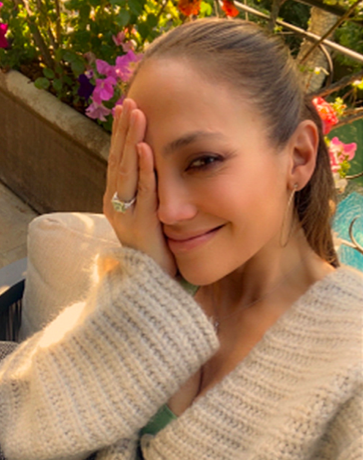 Credit: On the JLo

"I was taken totally off guard and just looked in his eyes smiling and crying at the same time trying hard to get my head around the fact that after 20 years this was happening all over again, I was quite literally speechless and he said, 'is that a yes?' I said 'YES of course that's a YES.'"

She continued: "I was smiling so big and tears were coming down my face, feeling so incredibly happy and whole. It was nothing fancy at all, but it was the most romantic thing I could've ever imagined... just a quiet Saturday night at home, two people promising to always be there for each other.

"Two very lucky people. Who got a second chance at true love."

Jennifer also explained the reason behind her engagement ring being green: "Green has always been my lucky colour and now, for sure, it always will be." 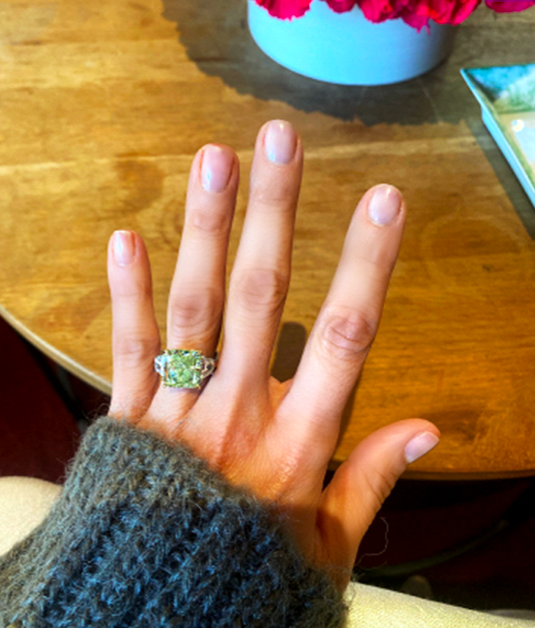 Credit: On the JLo

The 'On The Floor' hitmaker previously opened up about their second go at a relationship, revealing that it "feels very different than it was years ago" and that she intends to "grow old" with Ben.

"There's more of an appreciation and a celebration for it, which is nice," she told People. "When you find somebody and you really, really love them and you get a second chance at that? That is a really rare, precious, beautiful thing and we don't take it for granted.

"...What I can teach my children is that real love exists. Some things can be forever, but it doesn't mean they just have a straight line."

popular
HSE issues advice for parents if their child starts choking
What is chroming? Mum issues warning after daughter dies from dangerous trend
Love Actually star reveals incredibly emotional behind-the-scenes story
Andrew McGinley honours his children on their third anniversary
Do children belong at weddings? Mum starts heated debate
Woman shocked after spotting her dead husband in promo video for restaurant
Expert says Cocomelon acts "as a drug" to kids' brains
You may also like
4 months ago
Gigi Hadid's dad addresses those Leonardo DiCaprio dating rumours
4 months ago
Leonardo DiCaprio and Camila Morrone have broken up
5 months ago
Vogue Williams faces backlash after admitting she only wears clothes once
5 months ago
Gilmore Girls star Alexis Bledel splits from husband of 8 years
5 months ago
Mrs Hinch opens up about being Stacey Solomon's bridesmaid
6 months ago
Victoria Beckham reveals why she is 'terrified' of Harper using social media
Next Page