Separate parties were reportedly his idea.

Kanye West threw his own birthday party for Chicago as was reportedly "always" the plan, despite publicly accusing estranged wife Kim Kardashian of not inviting him to the party she threw their daughter.

Kim was reportedly shocked to learn Kanye posted on social media that he “wasn’t allowed to know where her party was” as it was his idea to host separate parties for the toddler in the first place.

“I’m just putting this online because I need ya’ll support,” the rapper told social media from his car on the day of the party. “I’ve called Kim, texted the nannies, I got on the phone with Tristan [Thompson], he said he’d ask Khloe [Kardashian]. Won’t nobody give me the address to my daughter’s birthday party right now, and that’s going to imprint in her mind that I wasn’t there for her.”

However, sources told Page Six that Kim has “made every effort to invite and include Kanye for every event” and that he was the one who said they should throw separate celebrations – Kim's at 12pm and his at 4pm.

“He was always having his own party for Chicago. He had it at 4 p.m. at his office downtown [in Los Angeles] that he planned, so it’s so frustrating he crashed Kim’s party and created this narrative that he wasn’t invited,” a source said.

Kanye eventually ended up at the joint party Kim and her sister Kylie Jenner were hosting to celebrate cousins Chicago and Stormi turning 4. 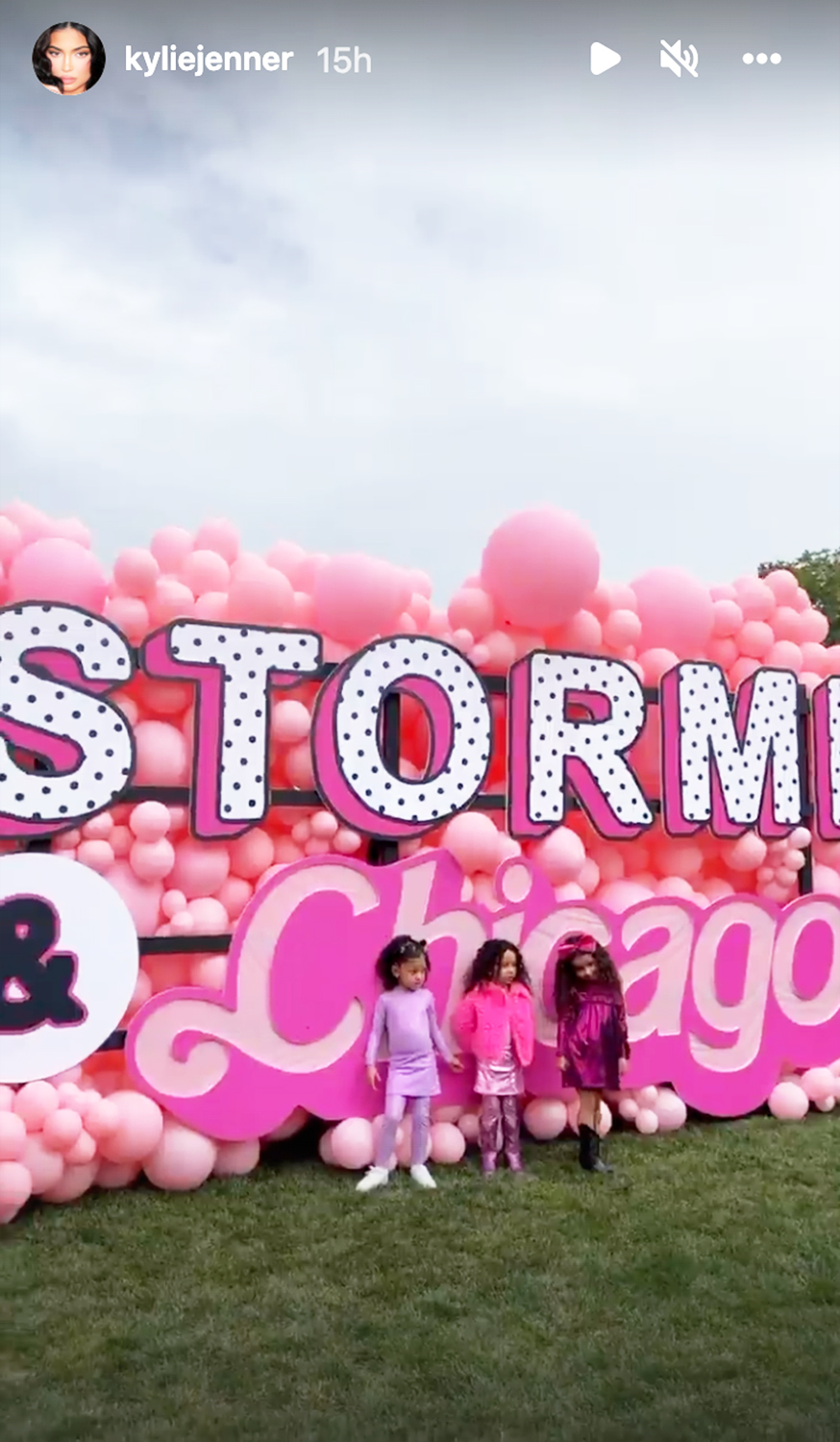 The 44-year-old updated fans that he made it there, thanking Travis Scott and Kylie for getting him in despite plans to host his own later that day.

“That always was the plan, that he would have them at that time. And he took the kids from the noon party to his,” another source added.

END_OF_DOCUMENT_TOKEN_TO_BE_REPLACED

Other insiders were confused by his public cry for fear of missing out on his daughter's special moment considering he allegedly “didn’t show up to Chicago’s birthday last year, nor did he show up to Psalm’s last year”.

Kanye previously implied Kim’s security prevented him from entering her home with his kids as her boyfriend, Pete Davidson, was there.

But sources say Kim has not yet introduced the children to Pete, who the rapper name-drops in a new song while threatening to “beat Pete Davidson’s ass”.

They claim Kanye is “upset with Kim” for creating boundaries and wanting more privacy in the course of their divorce.

“It has nothing to do with co-parenting or the kids, but his feelings with not being able to control her any longer,” they said.

Kanye’s sit-down interview with Hollywood Unlocked CEO Jason Lee airs in the US later today, and is expected to be an explosive tell-all on their marriage, the divorce, and his new girlfriend, Uncut Gems actress Julia Fox.


popular
Meghan Markle visits Texas school shooting memorial
The reason why mums wake up when babies cry and dads stay asleep is interesting
Doctor warns women not to follow Kourtney Kardashian's fertility advice
"Back where she belongs": Saoirse Ruane leaves hospital after 9 days
9 of the best outdoor family experiences in Ireland's Ancient East
Bridgerton star reveals she has been hospitalised with mental health issues
Husband of Texas shooting victim Irma Garcia dies of fatal heart attack
You may also like
2 weeks ago
Actress Michelle Williams is pregnant with her third baby
1 month ago
Kourtney Kardashian says she’s ‘grateful’ her kids witness her and Travis Barker’s PDA
1 month ago
Stacey Solomon is "embarrassed" about having a swimming pool because it isn't relatable
1 month ago
Britney Spears on her pregnancy anxieties: "I'm so scared to make a mistake"
1 month ago
Kim Kardashian reveals she didn't speak to Kanye for 8 months after filing for divorce
1 month ago
Jennifer Lopez details the moment Ben Affleck proposed for a second time
Next Page