Any of us who survived an 80s childhood (a miracle really given the complete lack of basic safety, seat belts etc.) will have fond, distant memories of the wonderful pause in the 40 days of Lenten sacrifice that is St. Patrick's Day.

Take a walk with us down memory lane as we reminisce on the wonder that was Paddy's Day in 80s Ireland.

1. Being forced to go to Mass when it wasn't even Sunday

Get up that stairs and put your good dress on for mass. Have you no respect for a holy day of obligation?

Paddy's Day meant a legitimate break from the great sugar drought that was our Lenten sacrifice. If the universe and planets aligned in your favour, Easter would be late and your stash of hoarded sweets would be sizeable by the time the big day rolled around.

3. Having shamrock pinned on your jumper

The wilted, droopy, dead shamrock would gradually fall out of the pin throughout the course of the day, leaving a trail of Irishness wherever you went. It never 'looked well', no matter what your granny said.

Remember those dodgy crayon-type face paints that your mam bought 'cos they are 'just as good' as the fierce expensive ones? Yeah, they weren't. Cue barely-visible Irish flag being viciously rubbed on to the side of your face. 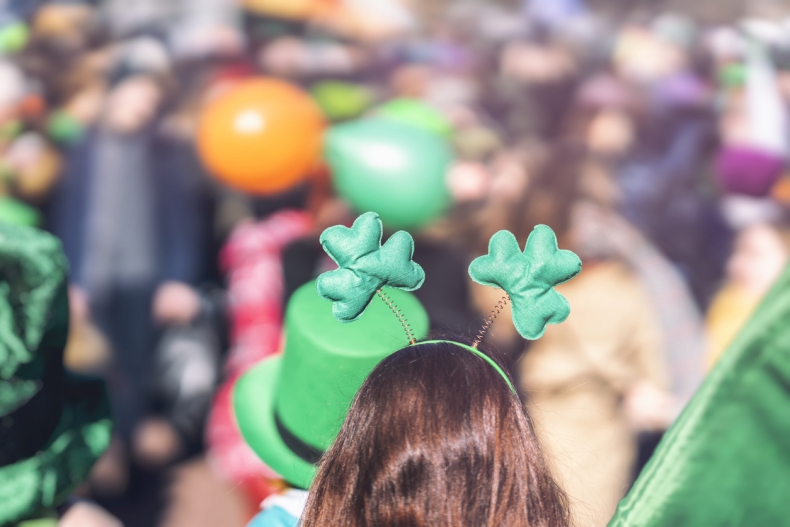 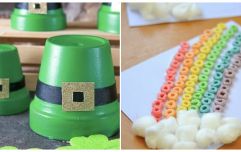 END_OF_DOCUMENT_TOKEN_TO_BE_REPLACED

Superquinn would sell out of green food colouring for one week a year as Irish Mammies everywhere poured the putrid-looking food dye into 7UP, ice-cream, and anything else they could get their patriotic hands on.

There was an inordinate amount of time spent in school preparing for Paddy's day. Colouring flags and sticking them on to straws, decorating the windows with windows with paintings of the man himself...the time wasting opportunities seemed endless. And don't forget having to learn off the life story of poor 'aul Welsh Patrick and the endless torture he endured minding sheep on the edge of a rocky mountain in Antrim. Poor fecker didn't even have any green 7UP to drink. In fairness like.

Ah, the town parade. A raggle-taggle collection of tempo-challenged Majorettes, the local GAA hurlers, and an unnecessarily large collection of tractors and fire engines. 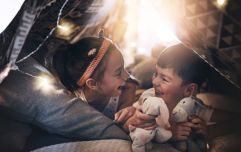 END_OF_DOCUMENT_TOKEN_TO_BE_REPLACED

Featuring in the local parade yourself was a moment of celebrity glory, your 15 minutes of fame. Whether it was camogie, the Guides, or your gymnastics club's moment in the sun, you could be assured your legs would be blue with the cold and of the CBS boys jeering you the whole way down the town. Morto. 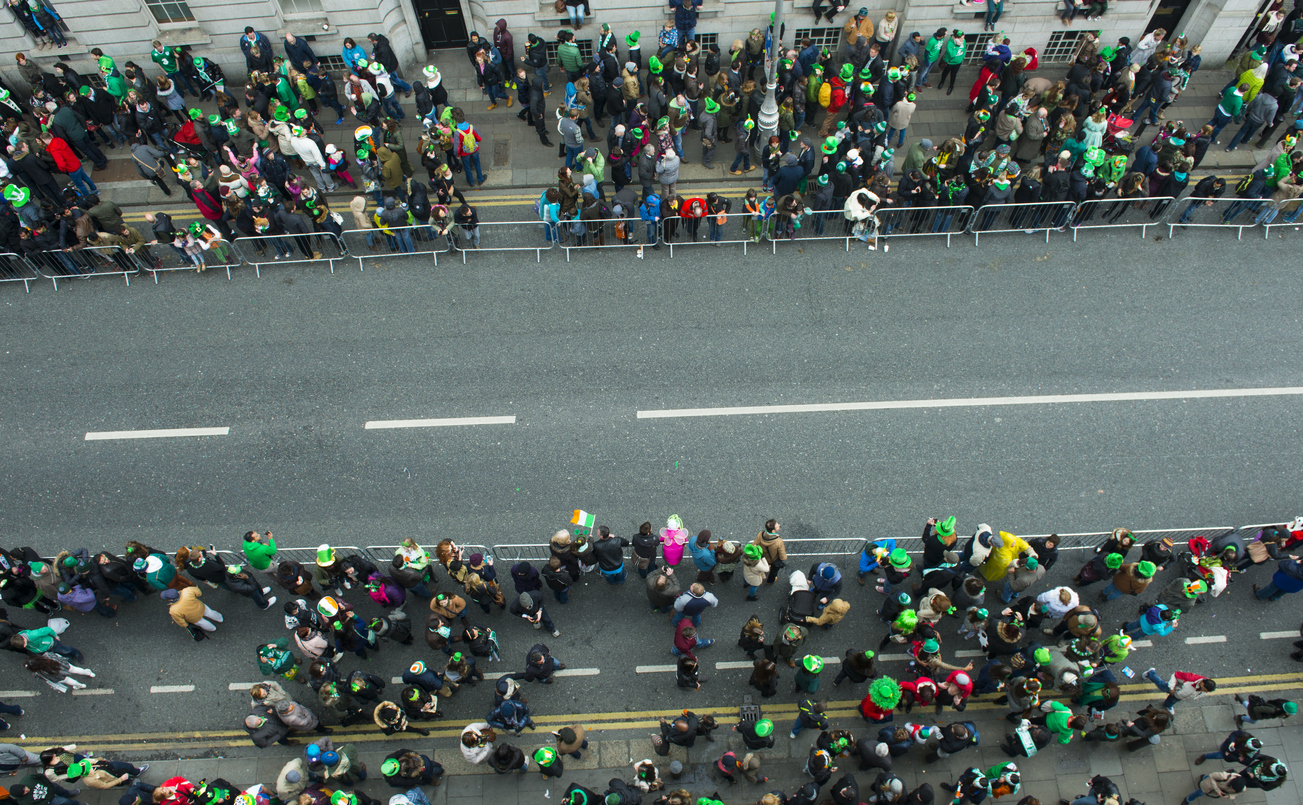 Going up to the big shmoke to watch the parade, only to find that it's lashing rain, the Da can't find anywhere to park, and you had to take it in turns to sit on his shoulders just to see the top of an Artane Boys Band tuba walking past.

10. Running home to see if you could see yourself on the telly

Back in the day when the BIG parade wasn't shown live, the best part of the aforementioned struggle in to Dublin was running back home to see if you could spot yourself on Network 2. Look mam! There I am! Behind that tuba...

popular
What is chroming? Mum issues warning after daughter dies from dangerous trend
Stacey Solomon's fans think they've figured out her baby's name
After Stormi and Aire, here are 32 baby names also inspired by the elements
Shock after baby is discovered alone in pram late at night in Dublin
Do children belong at weddings? Mum starts heated debate
Woman shocked after spotting her dead husband in promo video for restaurant
Shows like Bluey and Peppa Pig are actually bad for kids, expert warns
You may also like
3 days ago
Not every parent will agree with this mum's stomach bug hack
4 days ago
Parents are banning grandparents from changing nappies to 'protect baby's privacy'
5 days ago
Is it time to get rid of children's bedtimes?
1 week ago
Expert reveals why you should never say "I'm leaving without you" to your child
1 week ago
"To all my friends with babies, I apologise."
4 weeks ago
Should I let my 6-year-old daughter dye her hair or is she too young?
Next Page