It is claimed that the man, known as Sodimedjo, was born in 1870.

An Indonesian man who claimed to be the oldest human being ever to have lived has died at the age of 146 in Central Java in Indonesia.

According to the BBC, Sodimedjo, also known as Mbah Ghoto (grandpa Ghoto), passed away at the age of 146 at the weekend, although there are doubts about his age given that Indonesia only started recording births in the year 1900 and mistakes have occurred before.

Officials in Indonesia told the BBC, however, that, based on documents provided by Sodimedjo and interviews given by him, he was in fact born in December 1870, which would make him the oldest human being ever to have lived.

Sodimedjo’s grandson, Suryanto told the BBC that Sodimedjo was buried on Monday morning in a local cemetery plot he had bought a number of years ago.

Due to his deteriorating health, he had been taken to hospital on April 12 but checked himself out six days later and had been refusing to eat and drink for several days before his death. 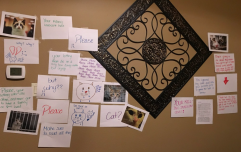 END_OF_DOCUMENT_TOKEN_TO_BE_REPLACED

Sodimedjo outlived four wives, his ten siblings and all of his three children and lived to 146 despite being a heavy smoker for most of his life.

Sodimedjo’s age has yet to be independently verified, but if it is proven that he did live until he was 146, he will succeed French woman Jeanne Louise Calment as the oldest human being in history.

Emma Morano, who had been officially the world’s oldest living person, died at the age of 117 last month.


popular
"You're disgusting": Prince William roars at photographer who was 'stalking' his family
Expert says Cocomelon acts "as a drug" to kids' brains
6 fun things to do in Dublin on your next family day out
"It's a competition" – one mum rants about teachers' presents and I agree
Mum who helped deliver best friend's baby finds out her husband is the dad
Fashion expert tells mothers what to wear on school run to not look 'old and frumpy'
Mum gets mixed reaction to photo of her drinking beer while breastfeeding
You may also like
6 days ago
Man reveals he spent an hour trying to save Irish girl (7) in Majorca
1 week ago
5-year-old boy tragically dies after being left in car in extreme heat
1 week ago
Baby boy tragically dies after being left in hot car for hours
1 week ago
Young boy found alive after being trapped in well for four days
1 week ago
Father charged with the murder of his three young children in Chicago
2 weeks ago
4-year-old girl dies after being left on school bus in extreme heat
Next Page