More and more couples are having to seek fertility treatment in order to start or expand their family these days. And with that, millions of euros are being spent trying to get pregnant.

However, according to a new study, for some of these couples, the answer could be as simple as just taking the time to have more sex.

Recently, Italian scientists tracked 431 couples having assisted reproductive therapy when lockdown was imposed between March and May last year – temporarily halting their treatment.

And interestingly, during this period, 34 of the couples –which works out around 8 percent – fell spontaneously pregnancy, without any medical help or intervention at all.

When asked by the researchers about this, the couples admitted to having had sex three or four times a week during lockdown.

However, among non-pregnant couples, sex happened less than twice a week.

Researchers at the University of Modena, Italy, said lockdown had provided the perfect circumstances to study the frequency of sex among couples mostly confined to home. 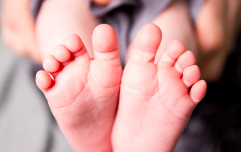 Fertility: IVF in the time of Covid 19 – we just sat down with an expert to find out what is going on

END_OF_DOCUMENT_TOKEN_TO_BE_REPLACED

‘The high pregnancy rate in a very short time-frame reveals an under-explored cause of infertility – the frequency of sexual intercourse," the researchers wrote in a report, published in the journal Andrology.

"Fertility treatment should be directed at those who really need it, avoiding unnecessary over-treatment for those couples able to conceive spontaneously."

The report also added: ‘Doctors should better investigate the sexual habits of infertile couples, such as the number of times a week that they have intercourse.’

Speaking to the Daily Mail, Professor Sheena Lewis, a specialist in reproductive medicine at Queen’s University Belfast, said: ‘This study highlights the fact that couples with infertility issues often lose interest in sex. But it involves a small number of women.

‘And if there are specific issues to blame for the infertility – such as a woman’s blocked Fallopian tubes or a man’s lack of sperm, no amount of sex will lead to pregnancy.’


popular
Mother wants to exhume daughters body from her grave in Cork
Maternity hospitals can now begin to ease visitor restrictions says HSE director
Here's what bookies think Harry and Meghan will name their baby girl
10 rare Irish baby names not too many parents are using these days
"To all my friends with babies, I apologise."
Children with these names are statistically more likely to be successful
Can you pronouce these 7 'unique' baby names? They're trickier than you think
You may also like
15 hours ago
Maternity hospitals can now begin to ease visitor restrictions says HSE director
5 days ago
Ireland "on track" to ease restrictions next month, says Varadkar
1 week ago
Covid vaccine during pregnancy may protect your baby too
1 week ago
Kate Garraway's husband returns home after battling Covid for a year in hospital
1 week ago
Study shows increase in stillbirths and deaths of pregnant women during pandemic
2 weeks ago
Head of OECD critical of Ireland's handling of school closures, especially for vulnerable pupils
Next Page