Kourtney Kardashian, 41, says she froze her eggs at 39 in case she wants to have another baby

She is a mum of three, but Kourtney Kardashian is clearly not 100 percent sure she is done having babies just yet.

The 41-year-old already has children - Mason, 11, Penelope, eight, and Reign, six - with ex-partner Scott Disick, but Kourtney admitted to Sarah Hyland on the show Lady Parts that she might not be done adding to her brood – and wants to leave the window open for future children.

"I froze my eggs at 39," the POOSH founder shared as she was joined on the show by younger sister Khloe, who also says she had her eggs frozen to preserve her fertility. "Since everyone else was doing it I thought I may as well."

Kourtney, who is now rumoured to be dating rocker Travis Barker says she got caught up in the moment when Chloe was having her eggs frozen, and did it as well.

"I froze my eggs and hopefully they are sitting there OK, you never know," the reality star admitted on the show. "I really got talked into it. I was like, "OK, whatever, I’ll do it one time since everyone else is doing it. I might as well."

Kourtney, who joked her eggs were 'top notch' said freezing her eggs gave her a feeling a 'taking a deep breath.' 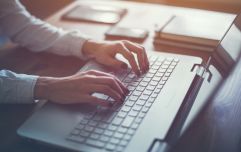 END_OF_DOCUMENT_TOKEN_TO_BE_REPLACED

"I was about to turn 40, everyone was like, everyone stop rushing me I don't even know if I want to have another kid or if that is in the future."

The star said she liked having control over her body and a 'peace of mind' over the eggs, even she is still doesn't know if she'll ever want to add to her family.

'I’m someone who’s like, What’s God’s plan? Am I supposed to get pregnant on my own at 41? Maybe that’s God’s plan. I’m more like that. That’s I think why I never did the planning."


popular
Maternity hospitals can now begin to ease visitor restrictions says HSE director
10 rare Irish baby names not too many parents are using these days
Mother wants to exhume daughters body from her grave in Cork
Here's what bookies think Harry and Meghan will name their baby girl
"To all my friends with babies, I apologise."
This bath bomb is especially for parents and it really truly speaks to me
Aldi drops prices of Mamia nappies to only €1.99
You may also like
1 week ago
Chrissy Teigen wants everyone to have access to IVF
2 weeks ago
Chrissy Teigen admits it's difficult to come to terms with never being pregnant again
1 month ago
The Coombe Women & Infants University Hospital launches dedicated Endometriosis Clinic
1 month ago
Endometriosis and fertility – six things all women should know
1 month ago
Endometriosis: What you need to know and how it can affect your fertility
1 month ago
Unexplained infertility: I went through IVF to get pregnant and here is what everyone should know
Next Page