It has only been a couple of months since Rosanna Davidson gave birth to her twin boys, Oscar and Hugo – just short of a year after welcoming daughter Sophia with the help of a surrogate.

It was The Sun who could reveal that the model and nutritionist is going to be putting pen to paper and write a book about her truly unique and inspiring journey to motherhood.

The former Miss World has signed a deal with Gill Publishing, and Rosanna's father, Chris De Burgh, spoke about how he thinks the book is going to help so many other women going through miscarriages and pregnancy losses.

"I’m sure you know a number of women who are reluctant to talk about miscarriages but it does happen and that’s what makes Rosanna’s story so uplifting. I think Rosanna’s book will help a lot of people."

Rosanna has previously spoken about suffering 14 miscarriages before enlisting the help of a surrogate to have her firstborn, and then going on to conceiving twins herself.

The social media star has been open about her and her husband's journey to parenthood in her social media channels, and said that by 2017, after so many miscarriages, she didn’t think parenthood would ever happen. 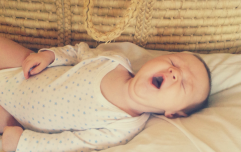 END_OF_DOCUMENT_TOKEN_TO_BE_REPLACED

And yet here she is today – a mother of three beautiful babies.

Earlier this year, Davidson revealed that she and husband were expecting twin boys – conceived naturally – something the model claimed felt like somewhat of a miracle.

Hugo and Oscar arrived on November 18, just four days before Sophia’s first birthday, and Davidson has kept her fans updated on how she’s getting on raising three under 18 months.