Liar's Joanne Froggatt has teased what fans can expect from the second season of the thriller.

The actress recently spoke to What's On TV about her character, Laura Nielson, and whether Andrew is really dead or not.

“Andrew is definitely dead," she told the publication, explaining that the season goes through the last three weeks between when he disappeared and when he turned up dead. "We see who killed him and who’s the liar now."

Andrew is still haunting Laura, who is under suspicion for his killing. But  it soon becomes clear that there are many other characters who have their own motives for killing him.

“Laura is under suspicion. She feels angry the injustice has carried on and she is now a suspect.  Andrew is still haunting her. But several characters had a reason to want something terrible to happen to Andrew,” she said.

“It shows how one person’s actions have a snowball effect on so many lives.”

ITV have confirmed that the six-part series will begin on March 2, while it will be starting on Virgin Media One at 9pm on March 5. 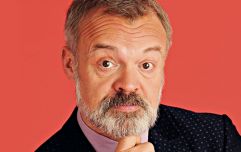 END_OF_DOCUMENT_TOKEN_TO_BE_REPLACED

The second season of Liar - which stars Joanne Froggatt, Ioan Gruffudd and Katherine Kelly - will follow it the cases of who killed Andrew Earlham.

Three weeks after damning evidence was uncovered proving Andrew Earlham sexually assaulted nineteen women, his body is found in the Kent marshes. As one of Andrew’s more recent victims, Laura Nielson can’t help feeling relieved by the news of his death. The last three weeks spent knowing Andrew was somewhere out there and missing have not been easy.

Yet the seaside community is rocked when the case quickly becomes a murder investigation. Out of town officer DI Karen Renton is put in charge of the case, and together with DS Rory Maxwell, they begin to unpack the events of the three crucial weeks leading up to Andrew’s death.

The news cast a shadow over those who knew Andrew, all of whom, like Laura, are trying to move on with their lives.

As the search to find Andrew’s killer gains momentum, the community will be forced to face up to the secrets of their recent past, secrets many of them hope will stay buried. Soon, Laura finds herself thrown deep in the mire of Andrew’s destructive path, and once again must fight to be believed.


popular
Safety expert warns against leaving kids’ bedroom doors ajar at night
2-year-old boy hospitalised after swallowing 16 magnets from a toy
As of today, every hospital in Ireland will have the same rules for partners attending maternity services
Meghan was right to say Archie "won't be a prince" under Prince Charles
Are you a “petty feminist b*tch” if you don’t take your partner’s second name?
Newborn needs 13 stitches on her face after being "sliced" during emergency C-section
Why this year’s school report cards should just say ‘you did your best’
You may also like
4 days ago
'Why can't I have no kids and 3 money?' Ten of our favourite TV dads
2 weeks ago
Remember these? The millennial reality shows we couldn't explain to Gen Z if we tried
3 weeks ago
Kate Winslet would "absolutely love" a second season of Mare of Easttown
3 weeks ago
Season 3 of Virgin River is coming to Netflix in July – and here is what we know so far
2 months ago
Yes! BBC renews Call The Midwife for three more seasons
2 months ago
SpongeBob SquarePants episodes pulled from streaming over 'inappropriate' storylines
Next Page