Why do we love sharks so much?

We've been told all the grisly horror stories, we've seen Jaws (and, admittedly, all the sequels) - we've been told over and over that they're the killing machines of the deep. So why are we so fascinated by them?

To be honest, growing up with Shark Week probably had a lot to do with it because who doesn't love an exciting documentary about sharks?

So it's safe to say we were pretty damn excited when we found out that Sky was producing a three-part documentary mini-series all about sharks and how great they are. Each of the parts is 90 minutes long, which adds up to over four hours of shark-related footage. Sounds to us like a great way to spend our time. 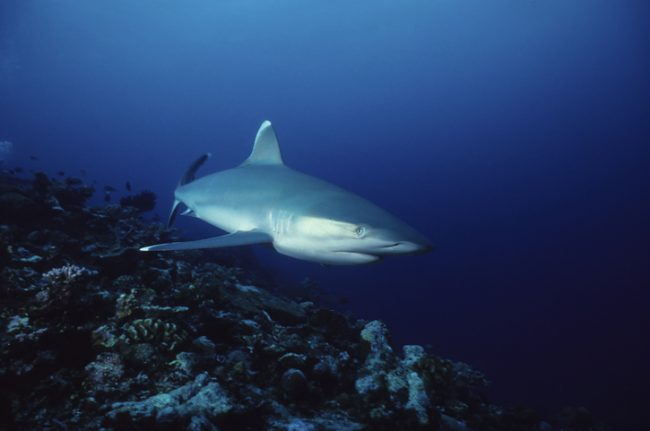 The doc series is called Shark with Steve Backshall and is presented by naturalist and shark expert (so cool) Steve Backshall. The natural history series will celebrate the wonder of sharks and also works to dispel all of those myths about sharks being cold-blooded killers. (When comparing how many people are killed by sharks each year and how many sharks are killed by people each year, there's a WHOLE lot more killing on one side and it ain't the shark.)

The series takes viewers on a global journey, from tropical coasts into the open ocean to deep down into the depths of our seas and explores what can be done to save sharks. Steve Backshall comes eye to eye with the most feared, yet most misunderstood predator and reveals them in a brand-new light. 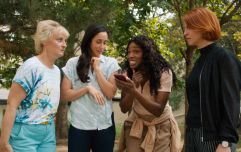 END_OF_DOCUMENT_TOKEN_TO_BE_REPLACED

We cannot WAIT for this.

The show is currently in production and will air on Sky's brand new Sky Nature channel in the second half of 2020. Sky Nature is launching this Wednesday, May 27, along with the new Sky Documentaries and rebranded Sky History.

Something tells us that we will be spending a lot of time on all three of those channels.


popular
Opinion: All schools should have generic school uniforms
Five teenage girls rushed to hospital after crash in Kilkenny
You can now choose who can and can't see you're online on WhatsApp
How to keep your fake tan on for longer during the heatwave
Richie Sadlier and wife Fiona expecting baby after being told they couldn't conceive
Here's where you can get the best deals on all your Back to School essentials
Shows like Bluey and Peppa Pig are actually bad for kids, expert warns
You may also like
1 week ago
Everything we know about the Love Island reunion
2 weeks ago
Love Island: Multiple islanders will leave tonight
3 weeks ago
Love Island producers to launch middle-aged spin-off
3 weeks ago
5 Mother/Daughter movies that are guaranteed to have us in tears every time
1 month ago
Netflix CEO confirms adverts will be added to the streaming service
1 month ago
The little girl who played baby Anna in Derry Girls has been diagnosed with leukaemia
Next Page