There are plenty of places one should actively wear a face mask in 2020, the year of our Lord and sav-... I mean, Covid.

Down the shops is one. While visiting a vulnerable relative in their home is another.

Inside a hospital is another, but that's a no brainer, it's so obvious, why would we even need to relay this information to people when it is so painstakingly clear that you need to cover your face while attending an actual hospital?

Because, well, apparently it's not so obvious for other people. Namely Steve from Coronation Street who took it upon himself to have his mask sitting limply in his hand while chatting to Leeane in hospital.

The pair were attending the aforementioned scene during last night's instalment of the ITV soap after learning of their son's ill health.

Oliver, who Leeane had with ex Steve when they were together, may not survive much longer and his parents met in the hospital waiting room to discuss the situation.

They also took off their masks or pulled them down onto their necks to speak which, you know, wasn't really ideal in a hospital scenario, given the global pandemic, and all that.

According to The Sun, Ofcom received 11 complaints from people who were at least mildly furious that beloved characters from their favourite soap were ignoring Covid health and safely guidelines and having mask-less chats in a hospital setting. 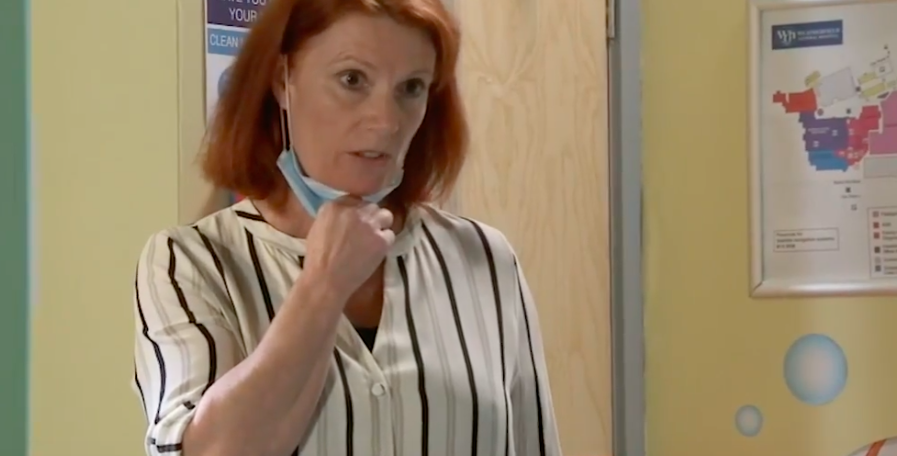 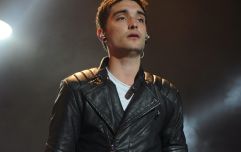 END_OF_DOCUMENT_TOKEN_TO_BE_REPLACED

The importance of wearing face masks in a bid to stop the spread of Covid-19 has been, of course, well documented in medical journals and by experts alike.

We can only presume that Steve and Leeane had a brief lapse in judgement while opting to whip theirs off last night. Shame.


popular
The most stunning baby names inspired by Irish folklore and mythology
"A lot of people do it the other way around" Cameron Diaz talks having a baby at 47
He's BACK: The brand new Elf on the Shelf props for 2020 will make December a BREEZE
20 gorgeous baby names inspired by space and the stars
Apparently, Hugh Grant would agree to a Notting Hill 2 – on these conditions
People are trying to ban 'Rudolph the red-nosed reindeer'
By age 8, children should pack their own lunches – and here is why it matters
You may also like
6 months ago
Corrie's Jack P. Shepherd shares throwback photos to celebrate 20 years on the soap
7 months ago
Real life Corrie couple Sally Carman and Joe Duttine have gotten engaged
7 months ago
Corrie's James Burrows has landed his first role after leaving the soap
7 months ago
Coronation Street star 'in self-isolation' over coronavirus worries
7 months ago
'The hardest goodbye': Corrie's Lucy Fallon pays tribute to Bethany Platt as her final scenes air
7 months ago
Coronation Street's James Burrows shares details about Ali Neeson's exit storyline
Next Page