The first look trailer for the Saved By The Bell reboot has been released and there's a mini Zack Morris!

We're going back to Bayside!

After endless speculation over whether the high school comedy would be the next in line for a modern day reboot, and which of its ensemble cast could be tempted back if it did, six months ago it was finally confirmed that an all new Saved By The Bell was happening.

Now, a teaser trailer has landed and it gives us our first look inside the all new Bayside High.

Thirty years on from the original show, Mario Lopez is back as AC Slater, but this time he's the school's PE teacher. In the trailer we see Slater dishing out love life advice to students whose parents will be very familiar to fans of the original show.

We also get a glimpse of Elizabeth Berkley – aka Jessie Spano – now sporting sleek blonde locks in place of her schoolgirl curls. And speaking of blondes, the show's lead character is the son of Zack Morris, who sports a tribute to his dad's 1990s curtains haircut.

The plot of the reboot, which will air on NBCUnviersal's new streaming service Peacock, has previously been revealed.

Mark-Paul Gosselaar reprises his role as Zack Morris, who is now the California Governor. After finding  himself in trouble for closing too many low-income high schools, he proposes that the affected students be sent to the highest-performing schools in the state — including Bayside High. The newcomers will give the school's privileged elite a much-needed dose of reality. 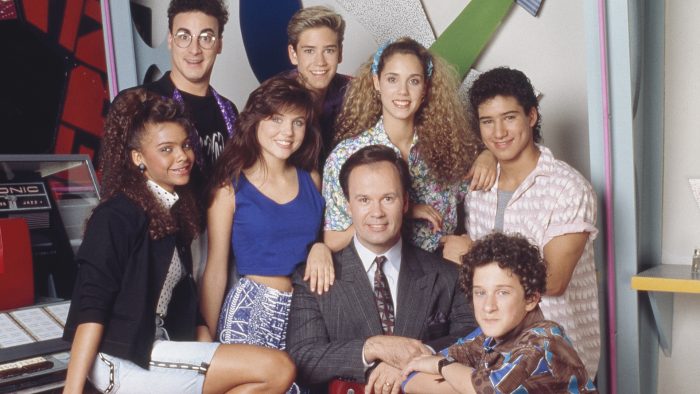 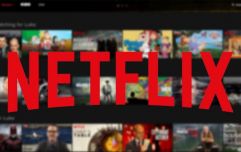 END_OF_DOCUMENT_TOKEN_TO_BE_REPLACED

From what we've seen, the show will feature lots of fan favourites, like The Max – which looked kind of like and Eddie Rocket's where the students all hung out.

Saved By The Bell ran from 1989 to 1992, and was followed by a College Years incarnation that ran for another two years from 1993-1994. Also in 1993, we were introduced to The New Class at Bayside - where Mr Belding was still principal and Screech was his assistant.

The rebooted series is set to debut on Peacock this summer.


popular
40 gorgeous baby names predicted to be trending in the next decade
Stacey Solomon was trolled for her boys having three different dads – and here is her response
Around the world: The most popular baby names in major cities across the globe
Celestial and oh-so-sweet: 12 glowingly beautiful baby names inspired by the moon
Stormi weather on the way: 19 baby names inspired by the weather
Anna Daly launches her cosy chic lifestyle brand, Little Bliss
Pet foods recalled after 70 dogs die in US
You may also like
2 days ago
Saved by the Bell's Dustin Diamond reportedly hospitalised "with cancer scare"
3 months ago
Corrie hit with Ofcom complaints after face masks removed in hospital scene
3 months ago
The Christmas movies TV channel is launching this week
3 months ago
Lidl is stocking dog Halloween costumes next week and they're too cute
3 months ago
Brown Thomas has opened its Christmas shop - 99 days before Christmas
3 months ago
'You' season three to resume filming this autumn
Next Page