It's the most talked about documentary of the year to date.

The New York Times documentary Framing Britney Spears is one of the most talked about television events of the year so far, and has restarted the discussion in the wider media about not only Britney Spears' conservatorship under her father, but also the media's treatment of the star.

Since the release of the NYT doc on US streaming platform Hulu, social media has been filled with retrospectives on the manner in which Britney was treated by the media, particularly in the aftermath of her much publicised breakup with pop star Justin Timberlake.

Irish fans, however, have been left unable to watch it, until now. That's because Sky TV have announced that Framing Britney Spears will be available to watch on NOW TV and Sky Documentaries from February 16.

The doc, which goes into Britney's rise to stardom, her aforementioned treatment by the media, her mental health issues and her conservatorship will air on Sky at 9pm on Tuesday.

Britney Spears' father has been in control of her life since 2008. Now her lawyer & a tribe of loyal fans are campaigning to #FreeBritney from a court-sanctioned conservatorship.

Following the release of the documentary, her father Jamie appeared in court looking to regain full conservatorship over his daughter's estate, but had his attempts blocked by an LA judge, who gave private trust company Bessemer equal say in managing her finances. 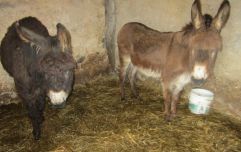 END_OF_DOCUMENT_TOKEN_TO_BE_REPLACED

In a post shared to Instagram, Britney appeared to address the documentary, writing that "no matter what we think we know abut a person's life, it is nothing compared to the actual person's life".

Sharing a video of a more recent performance of her iconic hit 'Toxic', the star wrote: "Can’t believe this performance of 'Toxic' is from 3 years ago!!! I’ll always love being on stage... but I am taking the time to learn and be a normal person.

"I love simply enjoying the basics of every day life!! Each person has their story and their take on other people’s stories!!!! We all have so many different bright beautiful lives!!!

"Remember, no matter what we think we know about a person's life it is nothing compared to the actual person living behind the lens."


popular
Lidl's hanging egg chair is coming back to stores this month
Six stillbirths linked to Covid-19 in Irish hospitals
Princess Charlotte doesn't have to bow to the Queen but Prince George does - here's why
Peaky Blinders actress Sophie Rundle welcomes baby boy
Can you pronouce these 7 'unique' baby names? They're trickier than you think
Totally tropical baby names inspired by Hawaii
Homeschooling: 5 tips for keeping children safe online while remote learning

You may also like
5 hours ago
Six stillbirths linked to Covid-19 in Irish hospitals
1 day ago
Big Brother star Nikki Grahame, 38, dies following anorexia battle
2 days ago
One in 10 women in Ireland quit their jobs over pressure of juggling work and homeschooling
4 days ago
Hairdressers and shops looks set to reopen in early May for fully vaccinated people
5 days ago
Teachers unions back motion for industrial action
6 days ago
Head of OECD critical of Ireland's handling of school closures, especially for vulnerable pupils
Next Page