I'm A Celebrity viewers baffled as they spot an "unnecessary" detail

I'm A Celeb coming to you live from Wales and this could be the best year yet!

I'm A Celebrity, Get Me Out Of Here is back on our screens as of last night, and thank god because now there's something to keep us entertained until Christmas.

This year, Ant and Dec and the contestants didn't have to pack up and move across the world as they usually do. Due to the pandemic, Australia was off the cards - instead the show is being filmed in a castle in Wales in the UK.

The series kicked off with a bang last night, but a tiny little detail had fans a little confused when they tuned into the first episode. 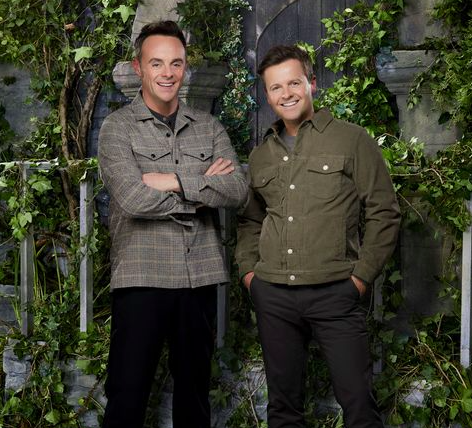 The clock, which always appears on the bottom left hand side of the screen to tell viewers what time it was Down Under, is now telling the time in Wales.

We don't know if this is one of the producers having a little laugh or just that they don't want to change the format from previous years, but Twitter was alive with comments about the clock.

One user joked "thank god they’ve got a clock to tell us what time it is in Wales".

Thank god they’ve got a clock to tell us what time it is in Wales #imacelebrity pic.twitter.com/G1Foz5IdAe

Another user tweeted: "I love how the local time is in the corner and says wales like it’s not the same time in my house."

I love how the local time is in the corner and says wales like it’s not the same time in my house ?#ImACeleb #imacelebrity pic.twitter.com/DRstIgqOUC

Regardless, it's great to see the show back and no doubt we're in for an interesting few weeks.

Although it's not being filmed in Australia, this year's series is looking set to bring the same drama and thrills from the "haunted" castle in Wales as it has every other year.

I'm A Celeb airs at 9pm every night on Virgin Media One.


popular
Toddler dies after falling from balcony in New York
Children wearing wrong-sized shoes and pyjamas in daytime as parents cut costs
Expert says Cocomelon acts "as a drug" to kids' brains
Teenagers left in tears after abuse from protesters at Pride event in Mayo
The most natural thing in the world? You've got to be f***ing kidding me
Winning (weird) food combos that pregnancy cravings helped me discover
My teenage step daughter just told me she is pregnant, what do I do?
You may also like
7 months ago
Two major soap stars are about to enter the I'm A Celeb castle
7 months ago
I'm a Celeb trials will be different this year, producers reveal
7 months ago
The I'm A Celeb line up is here - and it's... interesting
1 year ago
I'm A Celeb producers book Gwrych Castle for 2021 series
1 year ago
I'm a Celeb's Jess Plummer "secretly" split from boyfriend before show
1 year ago
I’m A Celebrity...Get Me Out Of Here! confirms location for 2020 season
Next Page