"Being forced to do a cover album shattered my whole singing dream."

Jahmene Douglas has warned singers against taking part in The X Factor.

The former contestant, who came second in the 2012 instalment of the show, said that he was misled about work following his time on the series, and eventually dropped from his label prematurely.

Jahmene told Esther Bonsu and Kayne Rose on their new YouTube show, X Factor Exposed, that he hadn't wanted to share details of his personal life on the series, but he soon realised that the programme isn't about talent.

“X Factor isn’t a singing competition, it’s a reality TV show," he said. "They didn’t care about my singing, they care about the story behind you." 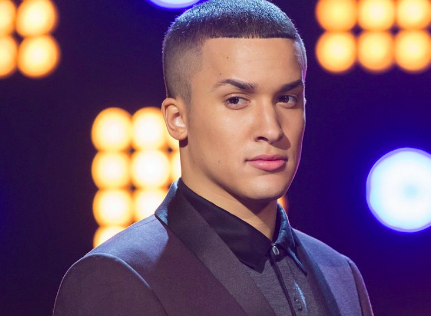 “When I went on the show, it wasn’t about the story that I had, it was about my voice. That’s what I wanted to push.

"I don’t like to say I regret the experience because its made me who I am as a singer now. I’ve learnt a lot of things (...) It’s like a crash course in the industry.

“Traumatising? Yes. Would I recommend X Factor to a singer? No.”

Jahmeme was mentored by judge Nicole Scherzinger during his time on the show. After coming second, he was signed to Simon Cowell's label Syco as part of a five album deal. 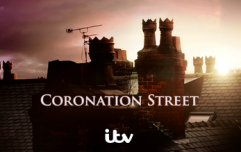 Coronation Street and Emmerdale shut down filming due to coronavirus

END_OF_DOCUMENT_TOKEN_TO_BE_REPLACED

He was dropped from the label after his first album - a series of covers that he did not want to record.

"It’s hard to talk about. Being forced to do a cover album shattered my whole singing dream of what I had done growing up and what I had dreamt of,” he said.

"They forced me to make a cover album and it was so soul destroying. My heart broke and in that moment I realised that no one cares.”

The X Factor returned this year in a new format, Celebrity X Factor, in the hope of increasing ratings and saving the show from being taken off the air.

The series suffered its lowest ever ratings as a result.


popular
The largest family in Britain have just welcomed baby number 22
Stacey Solomon defends choice to let son play outside after receiving nasty messages
Lockdown: my child is upset that he might not get to say goodbye to his teacher
Positive parenting: 3 very simple family habits to raise happy, kind and caring children
Zara's €60 matching knitwear set is just gorgeous (and seriously comfortable too)
'I’ll let the baby do the talking': Hilaria Baldwin reveals that she is pregnant
Dad's girlfriend complains he's spending too much time video-calling his child
You may also like
9 months ago
X Factor's Fleur East got married this weekend in the most stunning dress EVER
11 months ago
Simon Cowell wants to do two versions of X Factor this year
1 year ago
Cheryl just did the 10 year challenge, and she literally hasn't aged a day
1 year ago
Mel B reveals serious drug addiction she developed during X Factor filming
1 year ago
Congrats! X Factor's Frankie Cocozza and his wife, Bianca, are expecting their first child
1 year ago
Katie Waissel shares heartbreaking post about her son not having a 'whole family'
Next Page