The general public was made aware of the allegations through social media and a Lifetime documentary.

R Kelly will be back in a criminal court today for opening statements in a long-awaited federal trial over sex abuse allegations.

The R&B singer has for years been the subject of accusations of using fame and power to sexually abuse women and minors.

Though he was acquitted of child pornography charges in a 2008 case in Chicago, the #MeToo movement in 2017 saw a further lifting of the lid on allegations.

The New York trial will see Kelly face charges that include sexual exploitation of children, kidnapping and sex trafficking of women and girls. He has pleaded not guilty on all counts.

54-year-old Kelly has spent the last two years awaiting trial in federal facilities in Illinois and New York after his 2019 arrest. 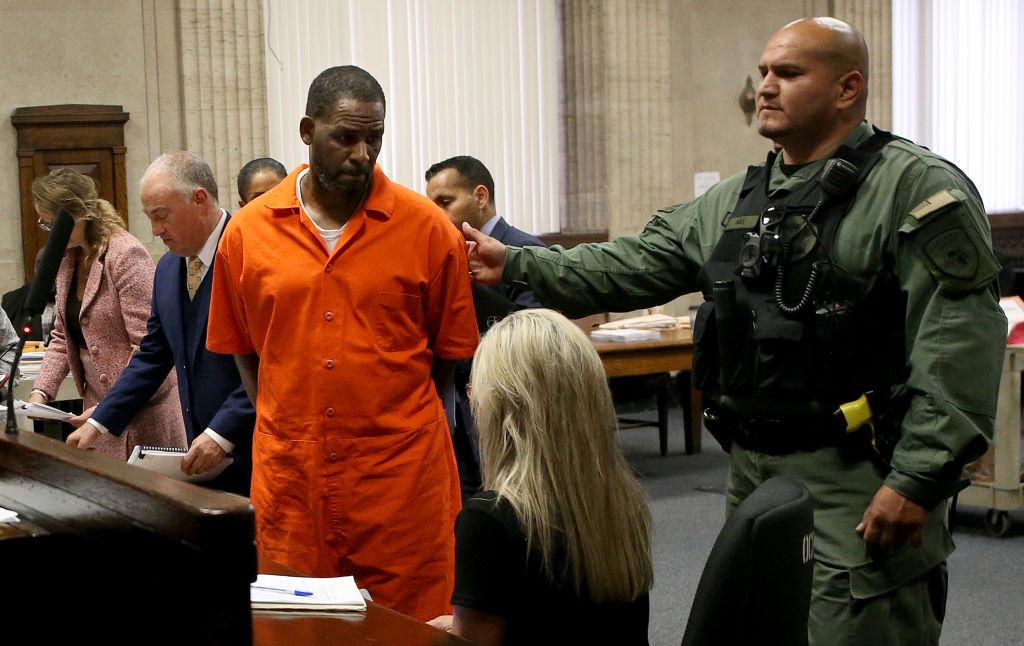 END_OF_DOCUMENT_TOKEN_TO_BE_REPLACED

The general public was made aware of the allegations, long considered an industry open secret, through a social media movement and a Lifetime documentary entitled Surviving R Kelly. The documentary explored years of grooming, abuse, and exploitation Kelly is accused of subjecting countless victims to while allegedly aided by an entourage of supporters.

Prosecutors in Brooklyn have lined up multiple accusers and former associates who have not, prior to this trial, spoken publicly about their time with Kelly.

Witnesses are expected to testify about how Kelly's managers, bodyguards and other staff members allegedly helped him recruit women, girls and occasionally boys to sexually exploit.

The legal proceedings are expected to last between six and eight weeks.


popular
Man charged in connection with Ashling Murphy's murder
Mum issues warning after discovering mould in Sophie the giraffe teether
These are the top baby names for 2022
Teen who pushed girl under Dart to face trial in adult court
Five stillbirths linked to Delta variant for unvaccinated mothers
Gardaí concerned for welfare of missing 14-year-old Dublin girl
Woman's suitcase and bank cards stolen as she gives birth in Dublin hospital
You may also like
8 hours ago
Five stillbirths linked to Delta variant for unvaccinated mothers
10 hours ago
Tributes pour in for Limerick dad-of-two killed in motorbike crash
12 hours ago
Here are the Covid restrictions that may be lifted as early as next week
1 day ago
A man has been charged with the murder of father, Michael Tormey
1 day ago
Mass murderer Anders Behring Breivik applies for parole for 2011 killings
1 day ago
Newborn found dead in duffel bag outside US fire station despite safe haven law
Next Page