Parents in a city in India are demanding answers over the deaths of more than 100 children from a brain infection.

At least 109 children are known to have been killed by the disease, identified as acute encephalitis, in the north-eastern city of Muzaffarpur since mid-May.

Most of the children who have died are under 7, reports the Washington Post.

Encephalitis is an inflammation that impairs brain function and decimates blood sugar levels.

It often first appears as a fever, followed by disorientation and seizures and sometimes vomiting or inflammation of the heart and kidneys.

A fifth of those who survive it end up living with permanent neurological issues.

The disease can be caused by a virus spread by mosquitoes or though human contact, or by environmental factors.

It strikes in region every summer but this year it is far worse than usual. 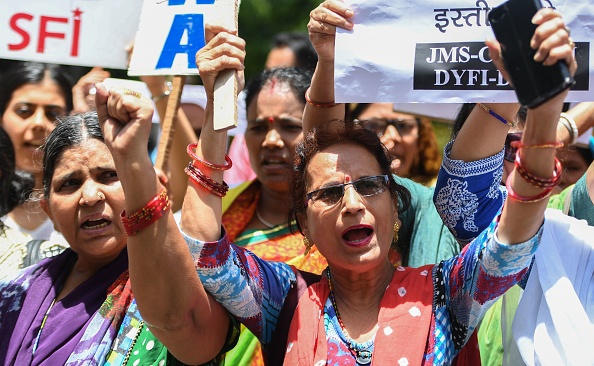 Officials have put the deaths down to low blood sugar caused by the current heatwave, according to CNN, but there are suspicions that lychee fruit consumption could be to blame.

"International experts have told us that lychee has some kind of toxin that goes and deposits in the liver of these children, and when the temperatures go up, those toxins get released," Sanjay Kumar, a senior state health official, said.

"The fact is that [Muzaffarpur] is a lychee-growing area. We suspect that there is some kind of role that lychee has in the case. But it is also true that once the temperature comes down and the rains come, lychee or no lychee, there are no more cases."

There have been protests over the state's response to the outbreak.


popular
Due in 2020? These baby girl names are sure to be popular in the coming months
Vogue Williams and Spencer Matthews' reality TV show has reportedly been cancelled
Zara's €20 top comes in eleven different colours and it's the cosy comfort we need
13-year-old boy dies of Covid-19 in the United Kingdom
No need to run to the shops: a recipe that will turn you into a bread making pro
The gorgeous €20 New Look top that will instantly update your wardrobe
5 easy - but really impressive - birthday cakes you can make at home
You may also like
4 days ago
Healthy habits: The incredibly-good-for-you drink you should be starting your day with
5 days ago
'It's been quite a week' pregnant doctor tweets about working amid COVID-19
1 week ago
"You wouldn't run a marathon without training for it" – a Rotunda physiotherapist on exercising in pregnancy
1 week ago
Always feeling exhausted? 3 tiny changes that'll have a huge impact on your sleep
1 week ago
Cleaner, healthier living: 5 non-toxic beauty products that really, really work
2 weeks ago
It's the little things: 10 small – but proven – ways to make ANY day better
Next Page