"My mother's got the will to stay alive as I've never seen before."

A 102-year-old woman in New York has overcome Covid-19 for a second time, her daughter says.

Angela Friedman was born on a ship bringing Italian immigrants to New York in 1918 and lived through the Spanish flu pandemic. She was one of 11 children, and has outlived her 10 siblings.

She has also beaten cancer, before surviving two bouts of Covid-19.

She first contracted Covid-19 in March, and but was asymptomatic.

"She was never really symptomatic the first time around. The worst symptom she had was a fever that lasted maybe 10 days," her daughter Joanne Merola said in a phone interview Thursday.

After a week in hospital, Friedman returned to her nursing home in Westchester County, New York, and tested negative in April. 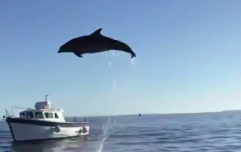 END_OF_DOCUMENT_TOKEN_TO_BE_REPLACED

But then just before her 102nd birthday, Friedman again tested positive for the virus. And this time, she was really ill.

"She had a cough, she was lethargic, she had a fever again," Merola said. "The first time you wouldn't know she was sick."

Friedman has lost most of her vision but still manages to make the most of her life in the face of great adversity.

"My mom has been through so much in her life," Merola said, offering some advice: "You just can't give up. You have to fight. My mother's got the will to stay alive as I've never seen before."