Over 100 adopted children were incorrectly registered at birth, according to Tusla.

The child and family agency revealed today that 126 people adopted between 1946 and 1969 received incorrect information on their birth certificates.

Some of the certs are said to have the names of adoptive parents instead of birth parents.

Minister for Children Katherine Zappone has said that many of these people may not know they were adopted.

She also said that more cases may be uncovered over time.

This came after former adoption society St Patrick’s Guild transferred their records to Tusla, brining to light the false registrations. 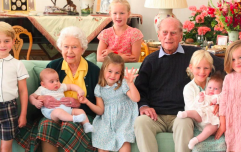 END_OF_DOCUMENT_TOKEN_TO_BE_REPLACED

Minister Zappone has said that Tusla will now contact each of the 126 people because they "... have a right to know who they are".

The agency has opened a free helpline between 10am and 4pm on weekends for anyone seeking information.


popular
Here's what bookies think Harry and Meghan will name their baby girl
Life-hacks and parenting cheats from real mams
Vogue Williams son Theodore recuperating after an accident at home
Pregnant Binky Felstead poses topless with baby bump
Using a childminder? You might be entitled to a new subsidy.
Marks and Spencers take legal action against Aldi over 'Cuthbert the Caterpillar' cake
Fundraiser set up for family of Tipperary 3-year old who died in tragic bus accident
You may also like
1 day ago
Conor McGregor just told his little boy to punch another child in the mouth
2 days ago
Help keep your children safe online with this new Irish resource
2 days ago
Queer Eye's Tan France and his husband are expecting their first baby via surrogate
3 days ago
New website Babyclasses.ie lets parents search and book hundreds of local (and online) baby classes
4 days ago
Six stillbirths linked to Covid-19 in Irish hospitals
5 days ago
Big Brother star Nikki Grahame, 38, dies following anorexia battle
Next Page