The suspect is known to the victim's family.

**Content warning: Details of violence and sexual assault may be distressing to some readers.

A 14-year-old boy has been charged with the murder of a 10-year-old girl whose body was found near a wooded walking trail in Wisconsin.

Lily Peters was on her way back from her aunt's house on Sunday but never made it home.

Her father reported her missing that night, with police finding her bike on a walking trail in the woods near her aunt's house hours later.

The girl's body was found near the trail at around 9.15 AM the next morning, Chippewa Falls police say. 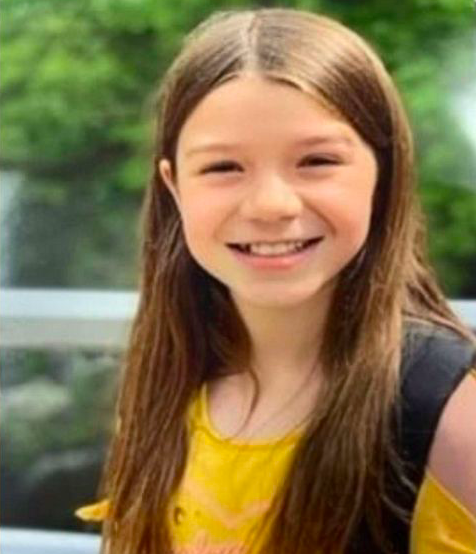 By Tuesday evening, an arrest had been made.

END_OF_DOCUMENT_TOKEN_TO_BE_REPLACED

The suspect, an unnamed 14-year-old boy who was known to Lily's family, made his first appearance in court on Wednesday, ABC News reports.

Prosecutors claim the teen intended to "rape and kill the victim from the get-go", with the boy allegedly having told police that he punched her in the stomach, hit her with a stick, knocked her to the ground and strangled her "to the point of death" prior to sexually assaulting her, according to the outlet.

The teen remains in custody at a juvenile detention centre, where he will have no contact with any other juveniles.


popular
"You're disgusting": Prince William roars at photographer who was 'stalking' his family
Fashion expert tells mothers what to wear on school run to not look 'old and frumpy'
Expert says Cocomelon acts "as a drug" to kids' brains
6 fun things to do in Dublin on your next family day out
Mum shares her hack for cleaning ball pit balls and it's such a time-saver
Mum gets mixed reaction to photo of her drinking beer while breastfeeding
4 ways to fix hard slime with ingredients you probably already have at home
You may also like
5 hours ago
"It's a competition" – one mum rants about teachers' presents and we agree
6 hours ago
This mum is afraid that she may have given her baby the wrong name
6 hours ago
Family of Deborah James sadly announce that she has passed away
9 hours ago
Free contraception to be rolled out for women aged 17-25
14 hours ago
19-year-old in critical condition after severe car accident in Cork
15 hours ago
Planning a family trip to Kerry? Discover everything Muckross House has to offer this summer
Next Page