Over 2,700 people diagnosed with bowel cancer in Ireland every year

Over 2,700 people are diagnosed with bowel cancer in Ireland every year.

If found and treated early, however, patients with bowel cancer have a considerably higher chance of survival.

April is Bowel Cancer Awareness month, so in order to raise awareness of the disease, the Beacon Hospital is encouraging the public to be aware of the symptoms of bowel cancer and to consider the importance of early screening and detection.

The most common symptoms include:

Other symptoms can include:

Although many of the above symptoms can be attributed to other conditions, the Beacon has reiterated the importance of being health aware and getting potentially worrying signs checked out as soon as possible.

The introduction of robotic colorectal cancer operations has made the treatment of bowel cancer a lot more successful, with the Beacon having carried out 100 of the major operations in recent years. 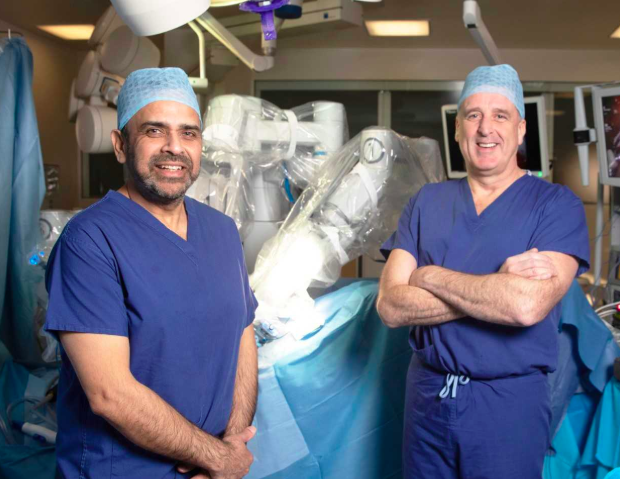 “It’s important that anyone suffering from symptoms associated with bowel cancer or bowel problems gets them assessed as we know that if bowel cancer is found early, there is a better chance of that it can be successfully treated.

"For people who need to be treated, we offer robotic colorectal surgery at Beacon Hospital, which involves the use of the latest technology and techniques. It leads to better outcomes and faster recovery for patients. For surgeons it allows for better visibility, better dexterity and more precise surgery.”

One in four deaths in Ireland is caused by cancer, making it the most common form of death.

It is estimated that by 2020, one in two people will develop cancer over the course of their lifetime.

You can find out more about bowel cancer here.


popular
"You're disgusting": Prince William roars at photographer who was 'stalking' his family
Expert says Cocomelon acts "as a drug" to kids' brains
This is what new parents in Ireland think is the hardest part
6 fun things to do in Dublin on your next family day out
"It's a competition" – one mum rants about teachers' presents and I agree
Mum who helped deliver best friend's baby finds out her husband is the dad
The 'Ice Cream' is being called a 'must-try' sex position - but there's one flaw
You may also like
1 day ago
19-year-old in critical condition after severe car accident in Cork
2 days ago
Children wearing wrong-sized shoes and pyjamas in daytime as parents cut costs
4 days ago
Abortions at record high – with cost of living and job insecurity partly to blame
5 days ago
Irish Cancer Society launches campaign for deferred maternity leave for cancer patients
5 days ago
Gardaí investigating serious shooting incident in Dublin
6 days ago
Robb Elementary school to be demolished in the wake of recent shooting
Next Page