The sisters Caroline and Leia Carrico aged five and eight were discovered 44 hours after they went missing deep in the Californian wilderness.

Search teams were able to locate the girls, who survived by drinking fresh water from Huckleberry leaves, by following food wrappers and the footprints left behind by the girls' boots.

The woods surrounding California can be treacherous and authorities have said that part of the girls' safe return is due to their wilderness training.

Humboldt County Sheriff William Honsal spoke at a conference yesterday announcing that Caroline and Leia had been found;

"We’re all witnessing a miracle. This is rugged territory, this is extreme environment. They [the girls] were trained through 4-H for outdoor survival, we believe that played a part in their survival, Honsal said. 4-H is a non-profit that runs youth groups around the country." 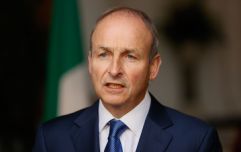 END_OF_DOCUMENT_TOKEN_TO_BE_REPLACED

According to BuzzFeed News over 250 people from 14 agencies were involved in the search for the girls, which came to a happy ending yesterday.

Tracks and wrappers left behind by the girls led searchers to an area near Richardson Grove State Park, where they shouted their names and got a response. The girls said that they had been following a deer trail when they became lost.

The young girls were dehydrated and cold but thankfully not injured. Caroline and Leia were reunited with their parents yesterday shortly after 10:30 am.


popular
Special mass to be held for Urantsetseg Tserendorj's anniversary
Whether you’ve got a baby on the way or have an army of your own, the Lidl Big Baby Event is here to help
Helen McEntee warns public not to comment on Ashling Murphy murder case
Nick Jonas and Priyanka Chopra welcome their first child
Irish mum thanks Aldi staff for protecting her autistic child from aggressive man
Majority of Covid restrictions to be lifted at 6am – here's what little will remain
Expert says Cocomelon acts "as a drug" to kids' brains
You may also like
9 hours ago
US schools asking parents to work as teachers due staff shortages getting "so bad"
1 day ago
11-year-old girl who solely survived plane crash due to late dad cradling her speaks out
1 day ago
Women's refuges continue to struggle despite Government pledge to tackle violence against women
1 day ago
Deirdre Morley is suing the HSE over her care in lead up to killing her three children
2 days ago
Five stillbirths linked to Delta variant for unvaccinated mothers
2 days ago
Tributes pour in for Limerick dad-of-two killed in motorbike crash
Next Page