My, how she has grown.

Princess Charlotte is turning six today, May 2nd, and true to tradition, the Duke and Duchess of Cambridge have shared a brand new image of their daughter in honour of her big day.

The sweet snap was taken by non-other than the Duchess of Cambridge herself at the family's country home in Norfolk earlier this weekend. 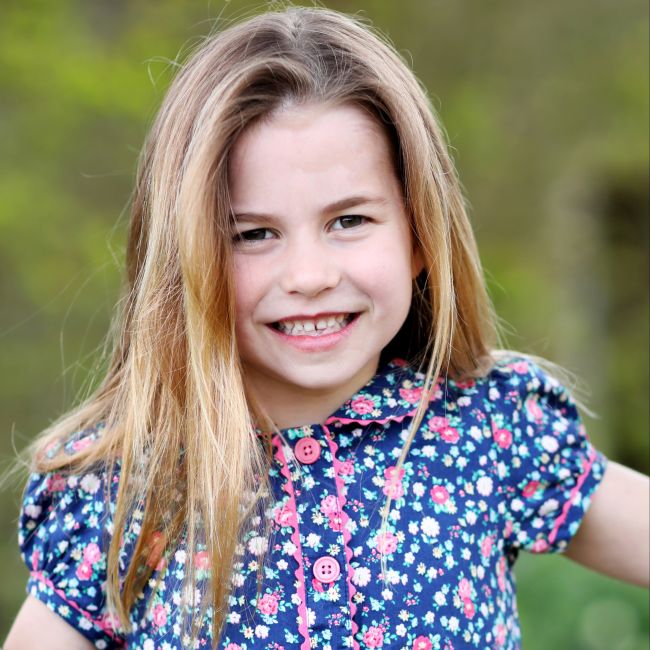 In the picture, Princess Charlotte is seen wearing a flowery summer dress, and royal fans were quick to point out how much she looks like her dad now, and we have to say we agree on that one.

Unlike previous years, it is thought Charlotte's birthday snap will not be posted to the Kensington Royal's social media pages this weekend after the Duke of Cambridge announced earlier this week he would take part in an online blockade designed to help tackle racism and sexism in football.

We did, however, get some sweet glimpses of the young princess alongside her two brothers, George and Louis, in a gorgeous family video the Duke and Duchess of Cambridge released earlier this week to mark their 10th wedding anniversary.

In the adorable video, the family-of-five was seen playing together, going for nature walks and roasting marshmallows on a campfire.


popular
This plant-based cleaning range will make a huge difference to your home hygiene
Madeleine McCann's parents release statement ahead of her 18th birthday
International travel could return as early as July, according to Simon Coveney
Mum wants to know the going rate for the tooth fairy and honestly same
Minister for Justice Helen McEnte shares first picture with newborn son
Here is why we should be hugging our kids when they are being bold
Meet the Irish midwife in Australia who is helping women worldwide access childbirth classes
You may also like
1 day ago
15-year-old boy charged with murder of woman in Dublin
2 days ago
Hunt underway for man who attacked pregnant woman in Dublin city centre
2 days ago
Pregnant teachers and SNAs will continue to work from home for rest of school term
3 days ago
Fáilte, Peppa! In her latest adventure, Peppa Pig is off to Ireland
5 days ago
Parents left frusterated as many primary schools take holidays or half midterms next week
5 days ago
Ready, Set, Toddle! Here is how you can get involved in the Barnardos Big Toddle this year
Next Page