This is absolutely awful.

A 9-month-old baby was 'attacked' at his daycare centre in Arkansas in the US.

The baby appears to have teeth marks and scratch wounds all across his face and back.

LaToya Griffen, the mother of the baby said that the centre workers neglected her child and did not take immediate action when he was being hurt. 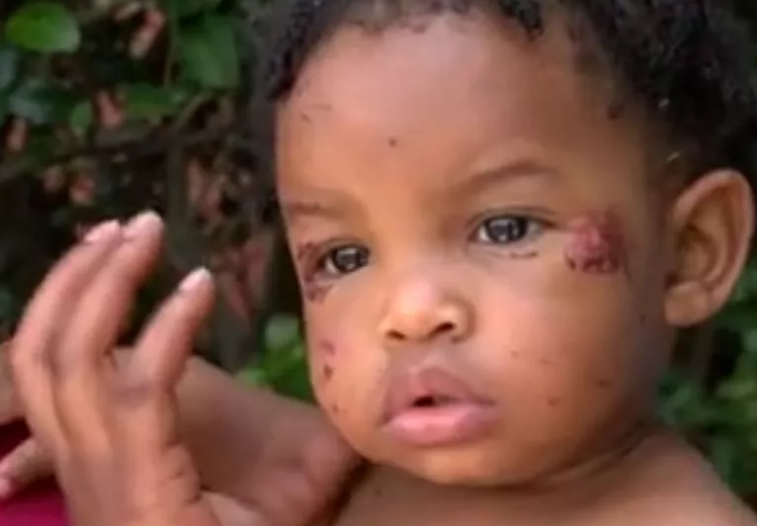 She told KSLA that she dropped her baby off at 9am before she went to work, but was called to come back and collect her child a few hours later.

"And this is what I came to, my 9-month-old child looking like this," she said.

END_OF_DOCUMENT_TOKEN_TO_BE_REPLACED

"The worker said another 2-year-old child had climbed in the playpen while he was asleep and had attacked him."

Her son had been bitten more than 30 times, as well as scratched. However, LaToya explained that the daycare worker "said my baby didn't cry and he didn't make any noises while all of this was going on.

"But I just find that impossible."

Police investigator Larry Marion said: "Right now, we are trying to determine if that is the correct story - if it was a child that bit the kid or if there was any kind of neglect or failure to watch from the daycare center."

The Arkansas Department of Human Services as well as the state and police are looking into the matter, with Human Services taking corrective action on the daycare centre.


popular
"You're disgusting": Prince William roars at photographer who was 'stalking' his family
Expert says Cocomelon acts "as a drug" to kids' brains
6 fun things to do in Dublin on your next family day out
Woman (50s) dies after falling into water at Dún Laoghaire pier
Here's how long new couples wait before farting in bed with each another
Sharon Stone reveals she experienced nine miscarriages
"No co-sleeping at all" – new safe sleeping guidelines for babies states
You may also like
4 hours ago
"It's a competition" – one mum rants about teachers' presents and we agree
5 hours ago
This mum is afraid that she may have given her baby the wrong name
6 hours ago
Family of Deborah James sadly announce that she has passed away
9 hours ago
Free contraception to be rolled out for women aged 17-25
13 hours ago
19-year-old in critical condition after severe car accident in Cork
14 hours ago
Planning a family trip to Kerry? Discover everything Muckross House has to offer this summer
Next Page