A Coronation Street fan favourite character is set to bid farewell to the cobbles next month.

The long-running soap is set to celebrate a massive milestone in February, as their 10,000th episode airs on February 7.

The hour-long instalment will see Rita Tanner receive a parcel with the ashes of her estranged husband, Dennis Tanner. Alongside the package, she gets a note asking that she scatter his ashes in Blackpool.

Ken Barlow and Jenny Connor help turn it into a day trip, with the latter booking a coach and inviting the other residents to join them.

The day out is a comedy of errors from the start with the coach turning out to be a blacked-out party bus driven by grumpy driver Des, played by renowned comedy actor John Henshaw. 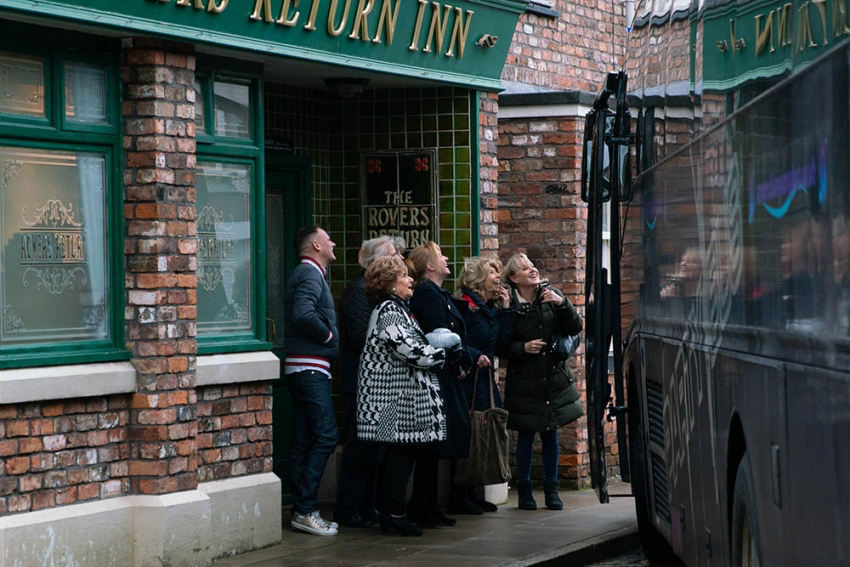 Memories are shared, secrets aired and tensions rise as it starts to look as though they won’t make it to Blackpool before nightfall, if at all.

By the end of the trip lives will have changed and one resident realises the time has come to leave the cobbles for pastures new!

“10,000 episodes! Not bad for a programme which one newspaper said in 1960 was ‘doomed from the outset.’ I am first and foremost a massive fan of the show and I watched this landmark episode with absolute glee," Producer Iain MacLeod said.

"It is uniquely Corrie: funny, poignant and characterful - and a glorious homage to the comedic charabanc trips of times past, packed with strong female characters and sparkling dialogue. It’s a really great exhibition of Coronation Street’s classic qualities as we start a new decade on the cobbles.”


popular
Attention parents and kids! Here are 3 simple but scrumptious recipes to keep you busy all afternoon
David Beckham shared his dinner on social media and we really wish he hadn't
Mini Bella Boutique is running a huge online clearance sale as it sadly closes
Kim Kardashian says lockdown has made her realise she doesn't want more kids
Katy Perry reveals the gender of her first child with Orlando Bloom
How to potty train your toddler in three days, according to the experts
Do babies in Ireland still get the BCG vaccine to protect against tuberculosis?
You may also like
1 day ago
Corrie's Jack P. Shepherd shares throwback photos to celebrate 20 years on the soap
1 week ago
Real life Corrie couple Sally Carman and Joe Duttine have gotten engaged
4 weeks ago
Corrie's James Burrows has landed his first role after leaving the soap
4 weeks ago
'The hardest goodbye': Corrie's Lucy Fallon pays tribute to Bethany Platt as her final scenes air
1 month ago
Coronation Street's James Burrows shares details about Ali Neeson's exit storyline
1 month ago
Coronation Street's Samuel Robertson weighs in on Sarah and Adam's future
Next Page