Another day, another mum shaming debacle.

This time it is actress Olivia Wilde who has found herself in the hot seat for sharing a (completely adorable) photo of her too-cute-for-words toddler on Instagram.

The issue? Little Otis is nude. Wilde, who is engaged to fellow actor Jason Sudeikis, posted the sweet snap to her profile a few days ago with the caption: "Naked Cowboy" as her 19-month-old son can be seen standing – back towards the camera – with a cowboy hat on his head. 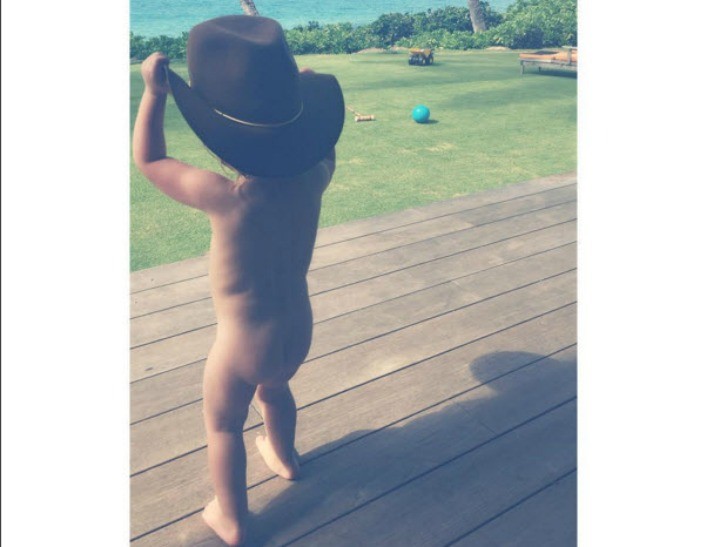 Now; to the majority of us, there really are few things cuter in the world than a toddler's bum, no? I mean; seriously? The way it is SO white compared to the rest of their skin. The sheer squidgy-ness of it. The little dimples? Toddler bums beat kittens in the cuteness stakes; hands down.

But despite the fact that parents have been taking adorable nude snaps of their offspring since cameras were invented, some of 31-year-old Wilde's Instagram followers were quick to dish our their two cents worth after seeing the picture.

Riiiight. I know the Internet is big and scary and forever, but surely this is a bit much, no?

Not everyone were equally critical, and some of Wilde's other Instagram followers were quick to defend the actress' decision to post the sweet snap.

What are YOUR thoughts on this? Do YOU think there’s anything wrong with parents sharing a picture like this of their toddlers? Join the conversation with us on Twitter at @Herfamilydotie

popular
Barry Keoghan announces the name of his baby boy
4-year-old girl killed in Sligo caravan park named locally
This mum's post about dying to send her kids back to school is too funny
Here's where you can get the best deals on all your Back to School essentials
Planning your next getaway? Here are 6 fun family activities to try this summer
Tasha's dad responds to Jacques' Instagram video
Lauren Goodger assaulted and taken to hospital after daughter's funeral

You may also like
14 hours ago
Actor Anne Heche rushed to hospital after car crash
14 hours ago
Investigation into the discovery of a body of a male, Drumcondra, Dublin
1 day ago
Gardaí appealing for witnesses following fatal traffic collision in Skibereen Cork
4 days ago
Gardaí in Dublin investigating allegations of the Sexual Exploitation of Children
4 days ago
Parenting influencer accused of exploiting her toddler and attracting predators
5 days ago
Woman bitten by a shark off the coast of England
Next Page