Aer Lingus flights among those cancelled at Heathrow over snow

There's bad rugby news for some Irish rugby fans heading to Twickenham for the weekend as they could face travel disruption in London.

Over 70 flights in and out of Heathrow Airport have been cancelled due to poor weather conditions.

Most of the flights are short-haul ones due to depart today, Saturday.

Irish carrier Aer Lingus is one of the airlines affected.

Snow and ice are expected to hit the UK over the weekend in what's being dubbed the 'Son of the Beast'.

Thankfully, there's not likely to be a repeat of the chaos caused by last month's Storm Emma, a spokesperson for Heathrow has said.

"While this weekend's weather may result in minor delays and some airlines consolidating flights, significant disruption at Heathrow is not currently expected," they told The Evening Standard. 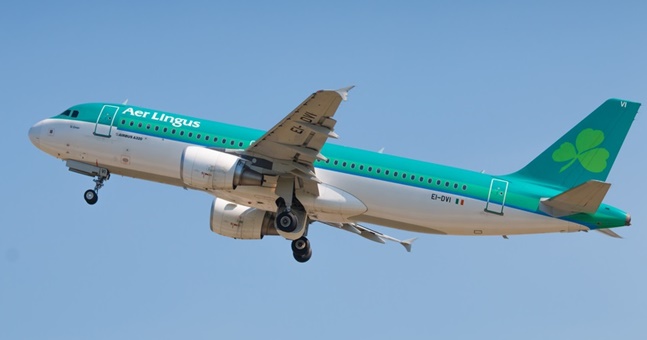 "We are working closely with our on-site Met Office to monitor the further snowfall expected throughout the weekend." 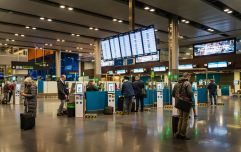 END_OF_DOCUMENT_TOKEN_TO_BE_REPLACED

It's advised that anyone due to travel in or out of Heathrow should check their flight information with their airline.

Today and tonight will be cold and windy and we can expect showers of rain, sleet and hail during the day, with snow on high ground.

This evening, showers will turn to snow in on lower levels as well.

The highest temperatures will be just 2 or 3 degrees in the east and 5 to 7 along the Atlantic seaboard.


popular
Baby twins die in hot car after dad forgets to drop them to creche
Eamon Ryan's mother dies suddenly in tragic accident
Saoirse Ruane's mum shares hopeful update after she gets her first blade
Parents shocked over their daughter's demanding tooth fairy letter
Olivia Newton-John's daughter shares heartbreaking video filmed before her mum's death
Jump in number of children suffering from rare strain of hepatitis in Ireland
Andrew McGinley is planning on divorcing Deirdre Morley
You may also like
1 week ago
Planning your next getaway? Here are 6 fun family activities to try this summer
1 week ago
10 hotels and resorts in Ireland with great activities for teenagers
1 week ago
I've hit the point where I'd rather travel for my child's birthday than organise a party
3 weeks ago
I will always prioritise travelling with my kids – and here is why
3 weeks ago
Planning a trip with kids? Here are 4 incredible cities for a last minute family break
4 weeks ago
Why babies really cry on planes – and what you can do that actually helps
Next Page