Alabama Public Television has controversially chosen not to air PBS’s Arthur episode because it includes a same-sex marriage.

The TV station instead aired a rerun of the classic children's TV show.

The episode was said to have featured a storyline in which Arthur and his friends attend the wedding of their beloved teacher Mr. Ratburn.

The station has also previously refused to air an episode where a character with two mothers is introduced.

According to Alabama Real Time News, director of programming at APT, Mike McKenzie, said that parents need to be able to trust that kids can watch the station without supervision.

He said: "Parents have trusted Alabama Public Television for more than 50 years to provide children’s programs that entertain, educate and inspire.

END_OF_DOCUMENT_TOKEN_TO_BE_REPLACED

"More importantly, although we strongly encourage parents to watch television with their children and talk about what they have learned afterwards, parents trust that their children can watch APT without their supervision. We also know that children who are younger than the ‘target’ audience for Arthur also watch the program."

If ever there was a time to use the iconic Arthur fist meme, it's now. 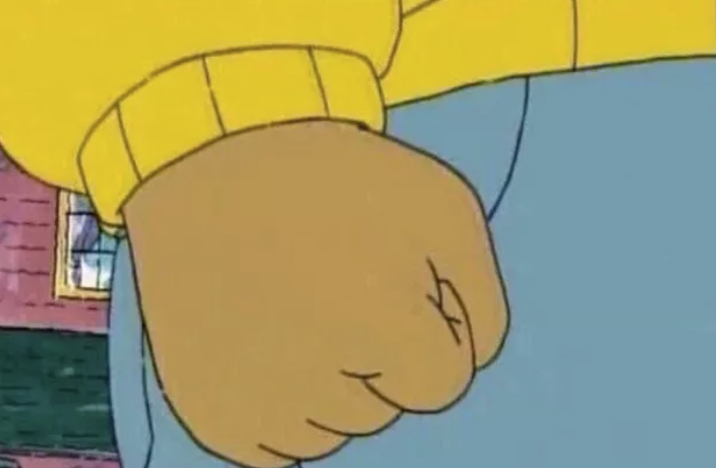