"The bravest 6-year-old I've ever known."

A 6-year-old boy in the US has been left "scarred for life" from third-degree burns after he was allegedly set on fire by neighbourhood bullies.

Dominick Krankall, from Connecticut, is still in hospital recovering from horrific burns received in what his family claim was an attack by bullies who had been playing with fire on Sunday.

"My little brother Dom has been bullied for a while by the tenants downstairs. It escalated to a deadly intent," his sister, Kayla Deegan alleged on a GoFundMe fundraising page, adding that the boy "could've died".

"The kid covered a ball in gasoline, lit it on fire, and threw it at him," she claimed. "All in the matter of SECONDS. Dom has second and third degree burns on his face and leg. He's going to be scarred for life mentally and physically."

ABC7 reports that around four unattended children were seen playing with gasoline and lighting things on fire in the area on Sunday afternoon.

Kayla told NBC New York that her little brother was playing in the back garden of the property when their 8-year-old neighbour allegedly got into a shed on the grounds and got ahold of gasoline and lighters. She claimed he then lured her little brother over and attacked him with the gear.

"What he did was pour gasoline on a tennis ball, took a lighter, lit it up and just chucked it right at my brother's face — and then ran away from him and watched him burn," she told the outlet. 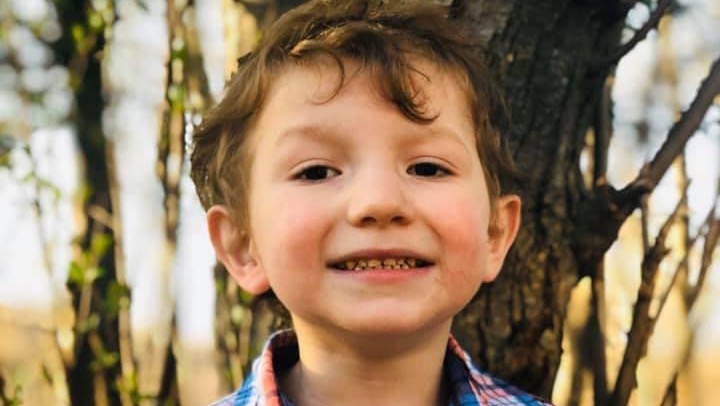 END_OF_DOCUMENT_TOKEN_TO_BE_REPLACED

Dominick's mother, Maria Rua, added to ABC7 that she heard him screaming, "Mommy help me, they set me on fire".

The boy is expected to be in hospital for around another week, dad Aaron Krankall told local news outlet WFSB.

Kayla added in a GoFundMe update that Dominick is doing "a little better".

"Yesterday was the first time he actually was able to get a few bites of food past his extremely swollen lips and into his mouth," she wrote.

"He could only handle a few bites, but that is some good news. He will sip soup out of a straw as well."

The big sister added that she is heartbroken to have to see her little brother suffer in such a way.

"He's such a tough little cookie. The bravest 6-year-old I've ever known," she continued. "Being an older sister and so close to your siblings, seeing my baby brother like this is absolutely heart wrenching. No baby should have to lay in a hospital bed like this."

As of the time of this article's writing, Dominick's fundraiser has received over $459,000 in donations.

popular
Andrew McGinley honours his children on their third anniversary
Infant boy dies in tragic accident in West Cork
Expert says Cocomelon acts "as a drug" to kids' brains
Barry Keoghan dedicates Oscar nomination to his baby son
Mum who lost baby after home birth claims maternity hospital failed to share medical details
Woman fumes as mum charges per hour to babysit, including late pick-up fees
North West has just landed herself her first Hollywood film
You may also like
4 days ago
Patient in his 80s killed in Cork hospital ward following attack
1 week ago
Jeremy Clarkson apologises to Meghan Markle over for 'disgraceful' column
3 weeks ago
Ireland set to ban "cruel process" of conversion therapy
3 weeks ago
Details emerge in Bruna Fonseca investigation in Cork
3 weeks ago
Andrew Tate releases statement following Romania arrest
1 month ago
You can now rent Iris's cottage from The Holiday on Airbnb
Next Page