The ASI has said that some sufferers are being denied the basic minimum of care.

Alzheimer's and dementia can be difficult and frightening diseases for both sufferers and their families to contend with.

The ASI has previously called for the government to fund extended home care to those suffering from dementia and they recently reiterated their frustrations.

An Emergency Dementia Summit was held in Dublin last week which was attended by Pat McLoughlin, ASI's CEO, sufferers and their carers in an attempt to gain further support from the government.

A snippet of our Emergency Dementia Summit today. #DementiaSupports are urgently needed. Thanks to @ColetteKelleher @MaryButlerTD @KHumphreysDBS of All Party Oireachtas Group on Dementia for hosting us in Leinster House. pic.twitter.com/ZL2DP3EbIa

"The number of people with dementia stands at around 55,000 and that figure is expected to double over the next 20 years." 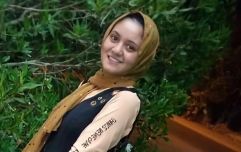 END_OF_DOCUMENT_TOKEN_TO_BE_REPLACED

The publication quoted Minister of State for Mental Health and Older People Jim Daly who said that he realises "the need to provide additional funding for, in particular, increased number of dementia advisors".

Mr Daly said that The Department of Health is working with the Health Service Executive to prepare the 2019 National Service Plan.


popular
Not every parent will agree with this mum's stomach bug hack
Surrogate who had 13 babies for other people accidentally gave away her own son
Virgina Giuffre wants a resolution that vindicates her and other victims, says lawyer
Kin star Clare Dunne listed as European Shooting Star
Egyptian teen found dead after fake naked images of her shared online
Vogue Williams says Spencer's proposal wasn't at all what she wanted
WATCH: The trailer for Love Is Blind season 2 is officially here
You may also like
1 day ago
Gardaí identify "person of interest" over Ashling Murphy murder
1 day ago
Here are all the vigils taking place for Ashling Murphy today
3 days ago
23-year-old teacher killed in Tullamore attack named locally
4 days ago
Woman who gave birth to stillborn baby in UK prison cell "will never forgive jail"
5 days ago
"Heartbroken" Keith Duffy pays tribute to "warrior" dad following his death
5 days ago
"I need to find her": Daughter of missing Dublin woman appeals for public's help
Next Page