Andrew McGinley was all set to appear on last night's Late Late Show, but told his social media followers that his appearance had been "rescheduled".

Taking to Twitter, Andrew spoke of his disappointment that his appearance wasn't going ahead.

"Thank you so much for all your messages. Devastated not to be launching the As Darragh Did event live on the RTE Late Late Show but it is out of both our hands.

"We’re all set to launch tonight at 9pm though." 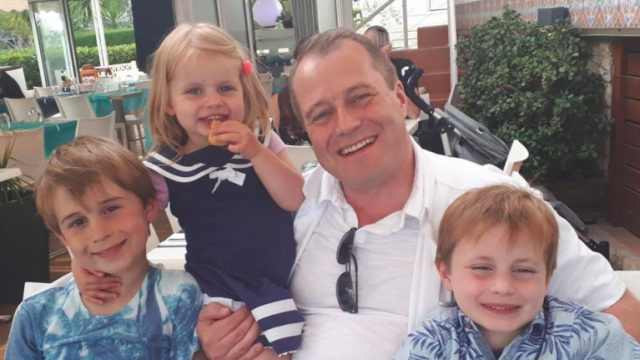 Andrew was set to appear to launch a fundraising event called 'As Darragh Did'.

"Hopefully I’ll be on soon to share my excitement about As Darragh Did with you all.

As Darragh Did is a fundraising charity set up by Andrew to fund local teams, clubs, societies and groups.


popular
Expert says Cocomelon acts "as a drug" to kids' brains
Ben Foden's wife Jackie slams Dancing On Ice after he's booted off
Whether you’ve got a baby on the way or have an army of your own, the Lidl Big Baby Event is here to help
This best-selling electric toothbrush has been redesigned especially for kids
I rushed into naming my baby boy and now I seriously regret it
"Don't play with me": Kanye West tells Kim Kardashian not to "gaslight" him about their kids
Britain’s biggest family ready to break new record as another baby is on the way