Apparently, a couple of Strictly stars have been 'secretly' getting together this year

Just kidding. Saw it coming a mile away. Not surprised one bit, tbh.

Every year, a lot of people get together on Strictly Come Dancing.

And this year, seemingly, is no different - because according to a very anonymous TV source, two Strictly 2019 stars have indeed been secretly hooking up.

Only problem is we don't have a clue who they are. 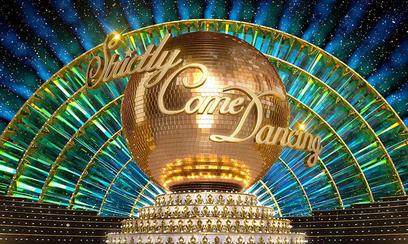 A source told the Daily Star that the pair - who may or may not be actually paired together on the show - have been getting together under cover of darkness, but not without the rest of the cast noticing.

And although the source didn't reveal who the twosome are, they did say that people would be surprised to hear who's been getting down to it. 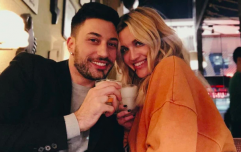 END_OF_DOCUMENT_TOKEN_TO_BE_REPLACED

"You wouldn't have put these two together," they said. "If people knew they had been quick stepping into the bedroom, they would be stunned."

"It seems there was an attraction early in the contest. They tried hard to resist but they couldn't hold back.

"They did a good job hiding it but gossip has started to spread."

And yet, not entirely unbelievable considering the prominence of the so-called Strictly curse in recent years.

Lots to consider, as always. Taking bets, anyone?


popular
Attention parents and kids! Here are 3 simple but scrumptious recipes to keep you busy all afternoon
David Beckham shared his dinner on social media and we really wish he hadn't
Mini Bella Boutique is running a huge online clearance sale as it sadly closes
Kim Kardashian says lockdown has made her realise she doesn't want more kids
How to potty train your toddler in three days, according to the experts
#Covid-19: Pink reveals she had tested positive for coronavirus as she asks fans to 'stay at home'
Due in 2020? These baby girl names are sure to be popular in the coming months
You may also like
4 weeks ago
Kevin Clifton has quit Strictly Come Dancing after seven years
4 months ago
Daniel O'Donnell declines Strictly Christmas special incase he 'drops dead'
4 months ago
'Voguing IS dancing' Michelle Visage's powerful statement following Strictly exit
4 months ago
Neil Jones confirms he will make a comeback to Strictly tonight
5 months ago
Will Bayley quits Strictly Come Dancing after suffering knee injury
6 months ago
Tess Daly confirms Jamie Laing will be replaced on Strictly Come Dancing 2019
Next Page