Baby Peter was tortured to death in 2007.

The mother of Baby P is set to be released from jail in a matter of weeks.

In August 2007, 17-month-old Peter Connelly was killed. The young boy suffered over 50 injuries throughout an 8 month period.

His mother Tracey Connelly, her partner Steven Barker and his brother Jason Owen were all found guilty of allowing or causing the death of a child.

Tracey pleaded guilty to the charge.

In 2009, she was jailed indefinitely with a minimum term of 5 years.

She was released in 2013 but was sent back to prison when she was caught selling explicit photos of herself online.

She has been refused release on multiple occasions, but her latest appeal has been accepted.

Connelly will likely be released from prison in a matter of weeks.

The 40-year-old claims she is a changed woman but has to agree to multiple conditions if she is released. 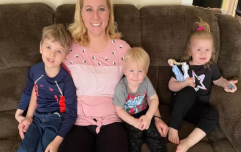 END_OF_DOCUMENT_TOKEN_TO_BE_REPLACED

She cannot drink alcohol and must inform the police of new relationships she forms.

She also has to wear a tag.

Barker and Owen caused over 50 injuries, including a broken back, broken ribs, missing fingernails, and even mutilated fingertips.

It was also revealed that Baby Peter was punched in the face, which caused a tooth to come loose. The young boy was found in his coat, blue and wearing nothing but his nappy. He was rushed to hospital in Middlesex, but he was pronounced dead a short time after.

A post-mortem found that he had swallowed his tooth and choked on it.

Barker was sentenced to a minimum of 32 years in prison for torturing Peter to death. He was also found guilty of raping a 2-year-old girl.

Owen was sentenced to 6 years in prison for allowing Peter's death, but he was released in 2014.


popular
"You're disgusting": Prince William roars at photographer who was 'stalking' his family
Expert says Cocomelon acts "as a drug" to kids' brains
Fashion expert tells mothers what to wear on school run to not look 'old and frumpy'
Mum gets mixed reaction to photo of her drinking beer while breastfeeding
Mike Tindall had some very harsh words to say about Prince Harry
6 fun things to do in Dublin on your next family day out
The Kivin method could help you get the best oral sex you've ever had
You may also like
2 weeks ago
Mum and grandmother charged after girl dies from severe lice infestation
2 weeks ago
14-year-old boy killed and mother seriously injured in "vicious" attack
1 month ago
Nurse arrested after child dies from poisoning in UK
1 month ago
Lisa Thompson may have been dead days before her body was found
1 month ago
Breaking: Woman (50s) found dead in "unexplained circumstances" in Ballymun
1 month ago
Man sentenced to life for murder of Dublin mum Jennifer Poole
Next Page