Back to School Allowance will be increased, Minister Foley confirms

The allowance is for school clothing and footwear.

Minister Norma Foley has confirmed the back-to-school allowance will be increased.

She confirmed that a €67 million package of back-to-school measures has been approved.

The allowance is set to increase by €100 per child from August.

The aim of the measures is to support families who are struggling financially, especially as the cost of living continues to increase.

The government has also agreed to waive school transport fees.

However, this will be scrapped for another year.

Minister Foley confirmed that the allowance for children aged between 4 and 11 will increase from €160 to €260. 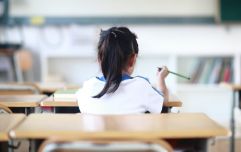 END_OF_DOCUMENT_TOKEN_TO_BE_REPLACED

As well as the allowance, the school meal programme will also be expanded.

In September, an additional 60,000 children will have access to the programme.

Speaking about the measures, Minister Michael McGrath said it was the right time to introduce them.

"Given the nature of the measures, we felt that it was best to make an intervention at this time rather than waiting for a Budget in late September when it would be too late in relation to some of the direct costs,” said Minister McGrath.

“We’re very conscious that there will be additional burdens that are placed on families as they prepare for the return to school,” Minister McGrath added.

The news comes after it was revealed that the average parent is spending €1500 if they have children in secondary school. They're also spending an average of €1200 per child in primary school.