Former England rugby star, Ben Foden announced his divorce with the world yesterday by signing up to dating app Bumble.

The 33-year-old who has been married to Una Healy for the past six years revealed he's "getting divorced" on his profile bio. The couple who have two children, six-year-old, Aoife Belle and three-year-old, Tadgh, split last month after rumours surfaced that Ben had cheated on Una multiple times with a friend in PR.

According to The Sun, the Bumble profile appears to be verified confirming it's legitimacy and his profile reads as follows:

"If you’re uptight and bossy I’m not for you. Getting divorced. 2 little people who are my world."

END_OF_DOCUMENT_TOKEN_TO_BE_REPLACED

Fans believe that the "uptight and bossy" remark is a dig at Una as it shortly follows the brief line "getting divorced".

According to reports, Una is "heartbroken" having confronted him about the pair before deciding to part ways and the former Saturdays star is now rumoured to be living back in Ireland with her two children while Ben has stated his move to the US. 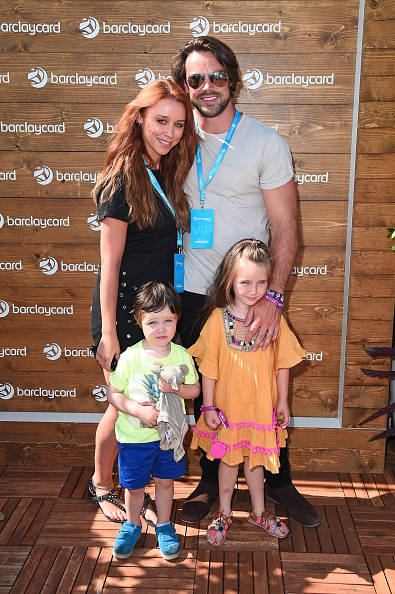 Una has yet to make a comment about her divorce.

popular
"My heart sank": Tubridy hit with backlash over Toy Show remark
Parents told to stop buying selection boxes for kids- here's why
Molly Mae Hague disappointed after "huge fail" during baby scan
"Losing a baby is the ultimate loss, but to watch on over a video call is soul destroying"
Third child dies from scarlet fever in UK- here are the symptoms to look out for
Miriam O'Callaghan on the heartache of losing her sister at 33
Having an Elf on the Shelf can actually be bad for your kids
You may also like
2 days ago
Mysterious clumps in Christmas tree should be removed immediately
1 week ago
Man who exposed Jimmy Saville has a new theory about Madeleine McCann's disappearance
2 weeks ago
Spencer Matthews to climb Everest in bid to find brother's body
3 weeks ago
David Walliams could be removed from Britain's Got Talent following 'offensive' remarks
3 weeks ago
Government's five-day domestic violence leave plan criticised
3 weeks ago
No evidence Archie Battersbee was taking part in online challenge, coroner says
Next Page