Better mark the calendars, The Nutcracker and The Four Realms will be on TV this week

Better mark the calendars, The Nutcracker and The Four Realms will be on TV this week.

Prepare to enter a spectacular fantasy world with a Christmas flavour in this sumptuously designed Disney adventure based on the world of the classic ballet.

Mackenzie Foy stars as Clara, a young woman who more than anything else want to find a key that will unlock a gift given to her by her late mother.

When It finally appears the key is in her grasp, it slips away from her and disappears into a fantastic world consisting of four realms and inhabited by gangs of mice, living toys, and magical fairies. 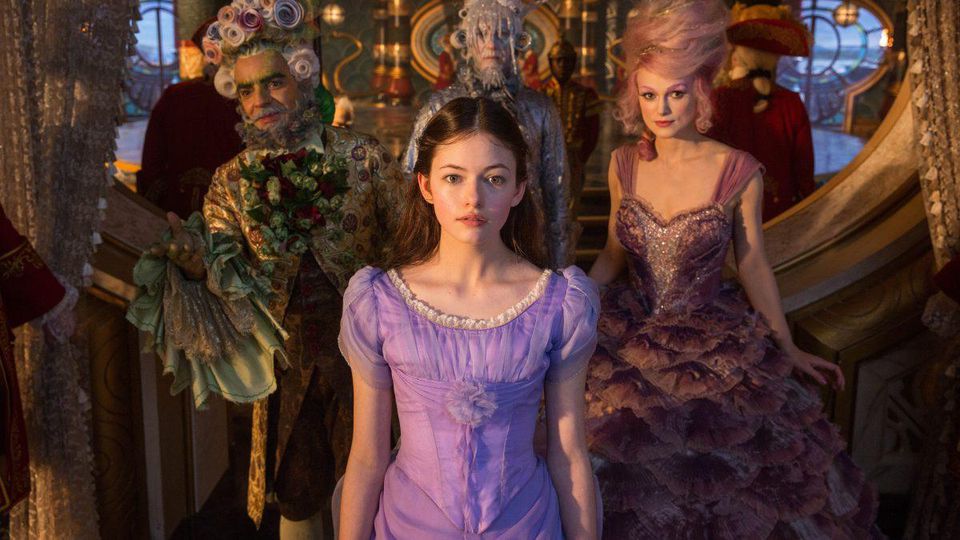 As she chases after it, she makes a new companion in the form of a nutcracker solider named Phillip, and must venture into the ominous “Fourth Realm” to get the key from tyrant Mother Ginger’s (Helen Mirren) clutches.

And, really, Keira Knightley’s turn as the Sugar Plum Fairy is worth watching the movie for alone.

The Nutcracker and The Four Realms will be available on Sky Cinema and NowTV from Friday, November 8.

And there are plenty of other brilliant films coming this month, too: Dumbo (November 29), Little Monsters (November 15) and Captain Marvel (November 22).

popular
"I tried to bring her back": Santina Cawley's mother speaks out about daughter's murder
Expert says Cocomelon acts "as a drug" to kids' brains
Another 7 possible cases of unknown hepatitis strain under investigation in Ireland
Karen Harrington found guilty of murdering toddler Santina Cawley
4 ways to fix hard slime with ingredients you probably already have at home
Princess Charlotte doesn't have to bow to the Queen but Prince George does - here's why
12-year-old Ava White begged friends not to leave her after stabbing
You may also like
3 months ago
Joseph Gordon-Levitt set to star as Jim Jones in new Jonestown movie
6 months ago
5 classic kid-friendly Halloween films perfect for a movie marathon
7 months ago
"People are great": Patrick Dempsey says he fell in love with Ireland while filming Disenchanted
8 months ago
Coco is officially the Ireland's favourite Pixar film, according to science
11 months ago
Enchanted sequel: New pictures from the Enniskerry set as filming gets underway
1 year ago
Downton Abbey 2 is officially coming to cinemas this Christmas
Next Page