'Disgusting’ and inappropriate – or informative and straightforward?

A book aimed at children as young as four have left some parents shocked – mostly due to a very graphically detailed page on sex. 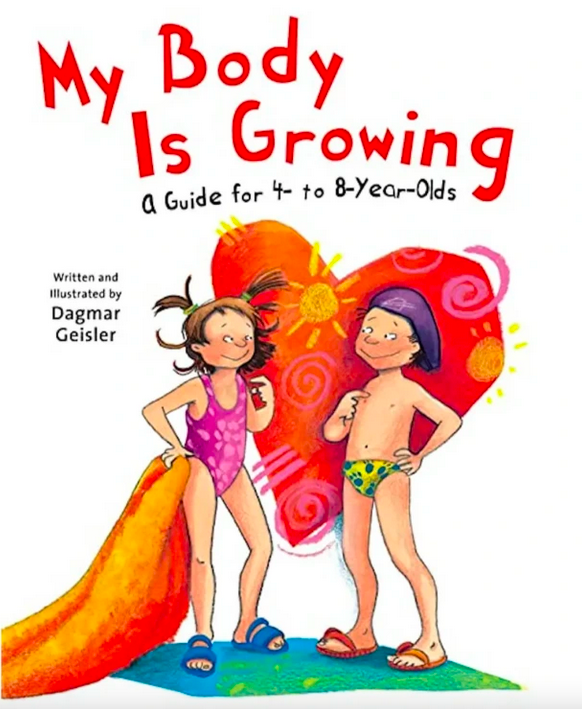 My Body is Growing by author Dagmar Geisler is described as a ‘Guide for Children Ages 4 to 8′ – but when it came to the page containing a vivid description of what happens when people have sex, well, many parents were a bit surprised – to say the least.

The passage, which shows a couple in bed together, was widely shared online by outraged parents. It reads:

“They snuggle together for a long time.

"They kiss each other all over their bodies. Behind the ears, on the neck, on the chest and stomach, even on the bum and between the legs."

The author then talks more about the actual act of having sex, writing: "That feels great for both of them." 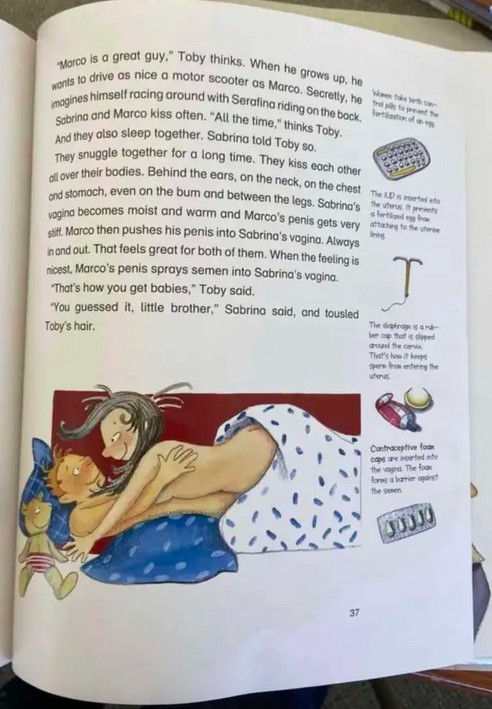 One parent from Bristol called the book "disgusting".

END_OF_DOCUMENT_TOKEN_TO_BE_REPLACED

"This book is made for four- to eight-year-old kids,"  she wrote on Twitter.

Hundreds of other furious parents have now hit out at the writer on social media after extracts of the book were shared online.

“Disgusting," one person wrote. "If I got that sent home, it would be lost."

A third one commented:

"I would offer to pay for a more appropriate one. FFS!”

Another Twitter user said children should be able to wait until they're older to find out more about the birds and the bees.

"Why the hell can't kids just grow up in their own time instead of having stuff like this forced upon them from such an early age?" they wrote.

"Although a certain culture encourages this behaviour, innocence is non-existent nowadays.

“Believe it or not this is a book for kids which explains in explicit detail about sex. This book is for 4-8 year olds. This is beyond inappropriate! How was it even approved? The title is very misleading and it just goes to show that we should always read our kids’ books before they read it. In my opinion, this author should be banned from ever writing books for kids."

“At four years of age, my kids should understand their bodies and boundaries. About touching, being touched by others inappropriately and what to do if anyone does. Like say no, scream if the person doesn’t stop, telly mummy/daddy or a trusted adult etc. I also let them know about touching others and where not to. I definitely do not want them reading a book that makes them see sex as ‘enjoyable’. Of what use is that to a 4 or 8-year-old?”

What do YOU think, parents? Informative or way too much too soon?

popular
Lauren Graham shares who she thinks Rory's baby daddy is
Babies respond to their mothers' touch even before they are born
Brian Dowling: "Aoife never thought the baby was hers"
Expert says Cocomelon acts "as a drug" to kids' brains
Elf on the Shelf is actually pretty bad for your kids, according to an expert
These 40 baby names are set to trend in 2023
7 Christmas markets and Santa experiences to visit with kids this winter
You may also like
1 month ago
Mum shares important warning after almost losing her newborn to a kiss
1 month ago
Should older kids have to babysit younger siblings? One mum weighs in
2 months ago
TV presenter praises royal children – and claims most parents today are raising 'spoiled brats'
2 months ago
"Home alone" – hilarious Prince Louis memes are taking over the internet
2 months ago
Waitress admits to watering down kids' sugary drinks without telling parents
2 months ago
Dad's trick for getting his son to take medicine causes major parenting debate
Next Page