Beyoncé, Jay Z and Blue Ivy look like every family on holidays... but where are the twins?

Where are Rumi and Sir?

A month into their tour and Beyoncé and Jay Z are taking a break to spend some time with their family.

Yes, the pair are currently soaking up the sun on a very short family holiday before getting back to work on stage in Germany tonight.

And thankfully for us, they’ve been sharing pictures on social media.

Yes, Bey’s Instagram is full of holiday inspo at the minute as well as plenty of adorable snaps with Jay Z and Blue Ivy.

However, two people were missing from the pics and they were one-year-old twins Rumi and Sir.

The youngest children of the couple were nowhere to be seen on the family’s short break and it has us crying out for pictures. 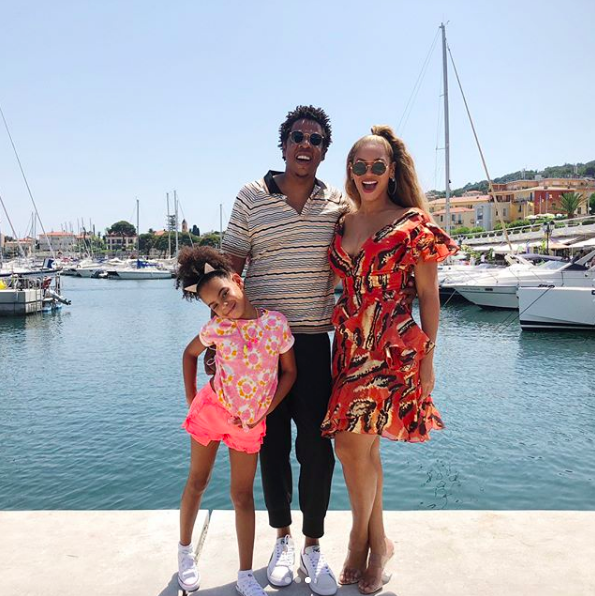 END_OF_DOCUMENT_TOKEN_TO_BE_REPLACED

Fans went wild for images of the twins that appeared on stage during Beyoncé and Jay Z’s performance in Cardiff last week.

However, it was later revealed that the images were not actually of Rumi and Sir at all but two other infants.

We haven’t seen any official images of the twins since their births were first announced last July.

popular
"I have been shaken": Kim Kardashian addresses Balenciaga's disturbing campaign
Lauren Graham shares who she thinks Rory's baby daddy is
7 Christmas markets and Santa experiences to visit with kids this winter
"Enhanced x-ray technology" being trailled at Dublin Airport could lead to removal of 100ml liquid rule
Brian Dowling: "Aoife never thought the baby was hers"
Gilmore Girls star Alexis Bledel splits from husband of 8 years
Mum seeks advice after her son catches her with his gifts from Santa
You may also like
2 months ago
Leonardo DiCaprio and Camila Morrone have broken up
3 months ago
Vogue Williams faces backlash after admitting she only wears clothes once
3 months ago
Gilmore Girls star Alexis Bledel splits from husband of 8 years
3 months ago
Mrs Hinch opens up about being Stacey Solomon's bridesmaid
4 months ago
Victoria Beckham reveals why she is 'terrified' of Harper using social media
6 months ago
Actress Michelle Williams is pregnant with her third baby
Next Page