Beyoncé does this tough workout "almost every day" while pregnant

Victoria Beckham has long been said to be a Soul Cycle devotee and it seems she may have a fellow celeb fan of the cult fitness regime.

Beyoncé is said to be impressed by the "indoor cycling re-invented" class and often attends classes, accompanied by husband Jay Z.

A source told Us Weekly that Queen B has "been taking a class almost every day" with one class reportedly including the mother to be, Kelly Rowland, Usher and Jenna Dewan-Tatum.

Even Oprah Winfrey is a convert and apparently, Soul Cycle is good for the mind as well as the body with the proviso being "SoulCycle doesn't just change bodies, it changes lives."

Hmm. The jury's out on that one. But one thing's for sure, the mama-to-be is looking fabulous (however she does it). 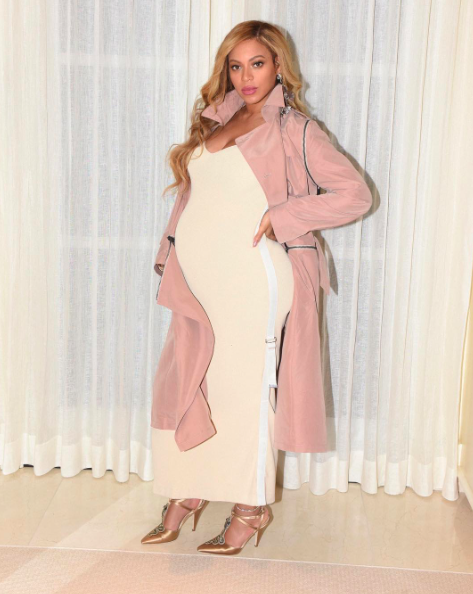 
popular
Mum gets mixed reaction to photo of her drinking beer while breastfeeding
Expert says Cocomelon acts "as a drug" to kids' brains
Abortions at record high – with cost of living and job insecurity partly to blame
Frankie Essex reveals the names of her twin babies
6 fun things to do in Dublin on your next family day out
Gardaí concerned for welfare of missing 35-year-old woman
Stacey Solomon shuts down cheating rumours as photos of Joe's stag-do emerge
You may also like
4 hours ago
Expecting mum says she debating with husband about when to shop for their baby
5 days ago
Question: How do you move on from gender disappointment?
5 days ago
Alexandra Burke reveals plans to return to work 10 weeks after birth
1 week ago
"I don't care": Mum-to-be responds to vaping backlash
1 week ago
Due in July? Science says babies born this month have three amazing advantages
1 week ago
Mums claim these are the 10 worst baby names of all time
Next Page