Everything we know about the revived Big Brother

Earlier this week, ITV confirmed Big Brother is returning to our screens.

The show, which first aired in 2000, sees a group of contestants live together in the Big Brother house, rising to challenges and facing weekly eliminations and the public vote. After 10 years on Channel 4, it switched networks to Channel 5 in 2011, with the final season airing in 2018.

While we thought the sun had set on the series five years ago, it turns out it's simply entering a new era, with a brand new season coming to ITV2 and ITVX in 2023.

The cast will feature contestants from "all walks of life", and the show is expected to run for up to six weeks, with the weekly live evictions returning as well. In the end, the public will crown their winner who will take home the cash prize.

Beyond these details, however, little is known about the upcoming series. Right now, we don't have a host or a specific release date, but some of the production leads have teased format details, and it's safe to say that we're excited.

Announcing the return of Big Brother, ITV 2's director of reality commissioning and acquisitions Paul Mortimer said: "This refreshed, contemporary new series of Big Brother will contain all the familiar format points that kept viewers engaged and entertained the first time round, but with a brand new look and some additional twists that speak to today’s audience."

Big Brother announcing their comeback in the middle of the #LoveIsland finale is extremely iconic and chaotic. Just like the show.

BIG BROTHER WILL SEE YOU NOW 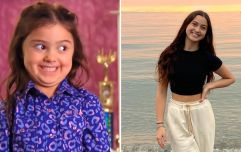 END_OF_DOCUMENT_TOKEN_TO_BE_REPLACED

He added: "We’re beyond excited to bring this iconic series to ITV2 and ITVX where it should especially engage with our younger viewers."

Natalka Znak, who is, chief executive of Initial, Remarkable Entertainment and Znak TV, described the upcoming season as "epic".

Me to Love Island now that Big Brother is coming back pic.twitter.com/NPffydGx1X

She said:"Big Brother is the original and best reality format and one that I have never made before so it’s a huge privilege to be making an all new version with ITV2 and ITVX.

"Working with Claire O’Donohoe and the talented team at Initial, Katy Manley and Cat Lynch. This is going to be epic."

You may also like
4 months ago
3 things we learned from the Selling Sunset trailer
9 months ago
Remember these? The reality shows we couldn't explain to Gen Z if we tried
11 months ago
Erika Jayne says she's "coming for" RHOBH cast mates amid legal issues
1 year ago
Rihanna inserted herself into 'Real Housewives' drama and we love her for it
1 year ago
Married at First Sight's Cyrell responds to removal of breast augmentation picture
1 year ago
Everything you need to know about Love Island's return this summer
Next Page