A mum is feeling conflicted after she asked her daughter's friend to leave her birthday party.

She explained that the girl often misbehaves and is spoiled by her mother.

Her daughter's friend Quinn was attending her little girl's 10th birthday party when she kicked off.

The mum told Reddit that Quinn was angry because the spotlight wasn't on her. During the birthday party, she started to have a tantrum because she didn't get any presents. She said it wasn't fair that the birthday girl was getting everything, but her mum failed to say anything to her.

She said that she doesn't like the girl's mum Liz "because she spoils Quinn to the point that she is impossible to discipline, she doesn’t listen and is very self-centered."

"Quinn is so spoiled that she throws tantrums whenever the attention isn’t on her."

The mum's prediction came true and Quinn kicked off at the party.

"Quinn threw a full-blown tantrum when she saw Alicia opening all her presents from her family and friends. She screamed about wanting one of Alicia’s gifts and how it wasn’t fair how she was “getting everything”. It was so embarrassing because even people outside of our party room heard." 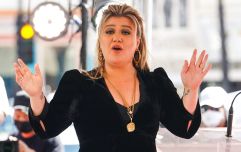 Kelly Clarkson admitted she spanks her children if they misbehave

END_OF_DOCUMENT_TOKEN_TO_BE_REPLACED

After her outburst, the mum turned to Liz and said she needs to remove her daughter from the party.

"I told Liz that she needed to take her daughter home because she was making Alicia’s party about her meltdowns. I said that Quinn obviously didn’t want to be there because the day wasn’t about her."

The mum felt like it made sense for them to leave the party, but Quinn's mother said she would try to calm her daughter down.

"But I wouldn’t even let her speak. I demanded that she leave and went out to watch my daughter play."

Was the mum in the wrong or would you do the same?

popular
Kelsey speaks out about moving on after Tom Parker's harrowing death
7 Christmas markets and Santa experiences to visit with kids this winter
"Enhanced x-ray technology" being trailled at Dublin Airport could lead to removal of 100ml liquid rule
Boy seriously injured after alleged dog attack in Wexford
"I know it's scary": Westlife's Mark Feehily diagnosed with pneumonia
"I have been shaken": Kim Kardashian addresses Balenciaga's disturbing campaign
Warning issued to Irish parents after increase in RSV cases
You may also like
1 week ago
The newborn baby smell does actually make you happy, science says
1 month ago
I think it's safe to say we'll all be holding our children a little tighter tonight
1 month ago
How to potty train your toddler in three days, according to the experts
1 month ago
Hilary Swank, 48, reveals she is pregnant with twins
1 month ago
How to talk to kids about disabilities – and why you should
1 month ago
Understanding why children cry, and why it's actually a good thing
Next Page