Even Blue gets embarrassed by her parents.

You’d imagine when your parents are Beyoncé and Jay Z, there would be zero chance of embarrassment.

Yes, getting brought along to all the coolest parties and mixing with the crème de la crème, life as the child of Hollywood royalty sounds pretty sweet.

However, Blue Ivy had enough of her parents' antics last night at the Grammys as she sat front row. 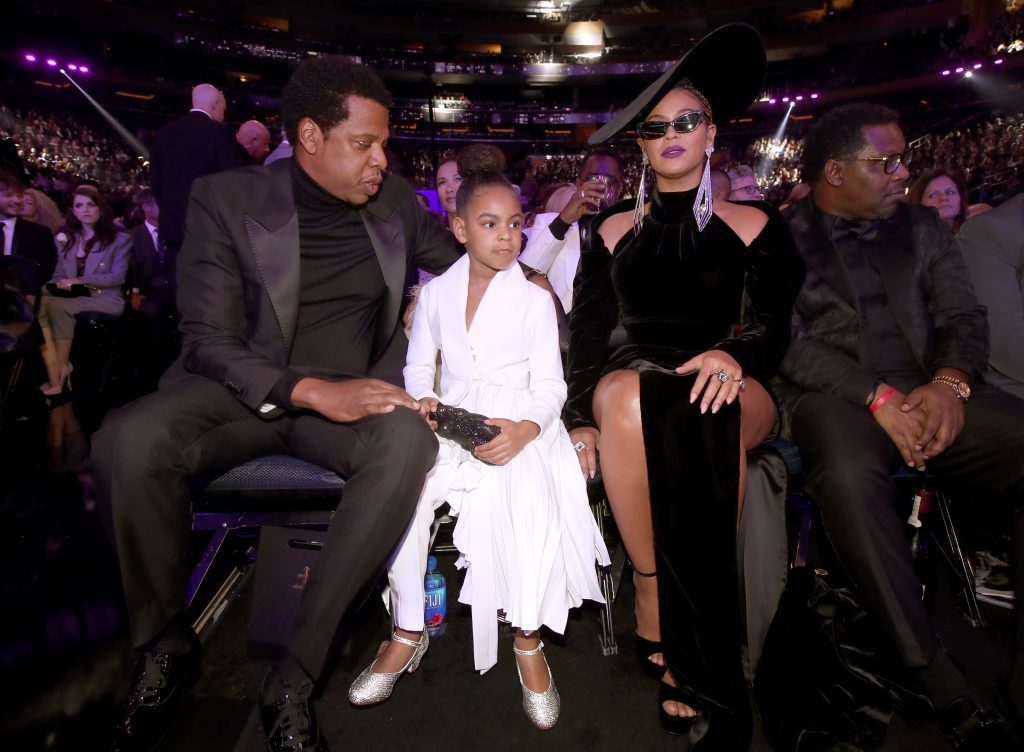 Beyoncé, dressed head-to-toe in black, and Jay Z, looking dapper in a dark grey suit with a black turtleneck, sat on either side of Blue as she rocked an all-white ensemble.

As the cameras continued to pan to the family to capture their reaction, Beyoncé and Jay Z made sure to be caught smiling and clapping along when needed. But Blue soon grew tired of it and did what nobody else in the world would have the balls to do – she shushed them.

Blue Ivy controlling the crowd and the world. #Grammys pic.twitter.com/oWLnRFlvcT

I have no idea what Blue Ivy is doing but I’m here for it. #Grammys pic.twitter.com/Wxeb1IWWju


popular
Kourtney Kardashian and Travis Barker officially tie the knot
I feel like my teenage son is blackmailing me for money
Bridgerton has replaced one of its original cast members
There's a reason why we didn't see this Bridgerton couple get married on screen
"It can happen": Mum issues stark warning to parents after her dog attacks toddler
You will now have to pay to return your clothes to Zara
Man saves 3-year-old girl's life as she falls from eighth floor window

You may also like
1 week ago
Kim Kardashian says she'll "hopefully" have one last wedding: "Fourth time’s a charm!"
3 weeks ago
Kourtney Kardashian says she’s ‘grateful’ her kids witness her and Travis Barker’s PDA
3 weeks ago
Stacey Solomon is "embarrassed" about having a swimming pool because it isn't relatable
1 month ago
Britney Spears on her pregnancy anxieties: "I'm so scared to make a mistake"
1 month ago
Kim Kardashian reveals she didn't speak to Kanye for 8 months after filing for divorce
1 month ago
Jennifer Lopez details the moment Ben Affleck proposed for a second time
Next Page