A man and a woman supporting each other as friends.

You truly do love to see it.

Last night, the SAG Awards were on.

This was a decent enough scenario for a few reasons: the most notable one being that Brad Pitt and Jennifer Aniston shared a lovely backstage moment together.

But neither of those events are half as crucial and relevant to our daily lives as Brad and Jen interacting backstage.

Here they are now. 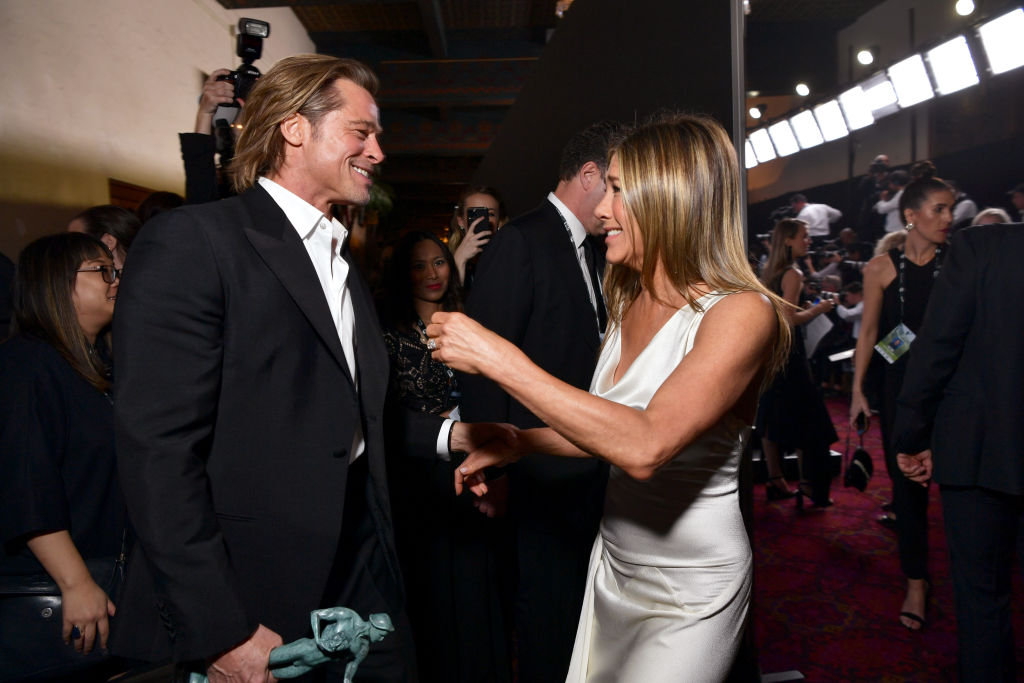 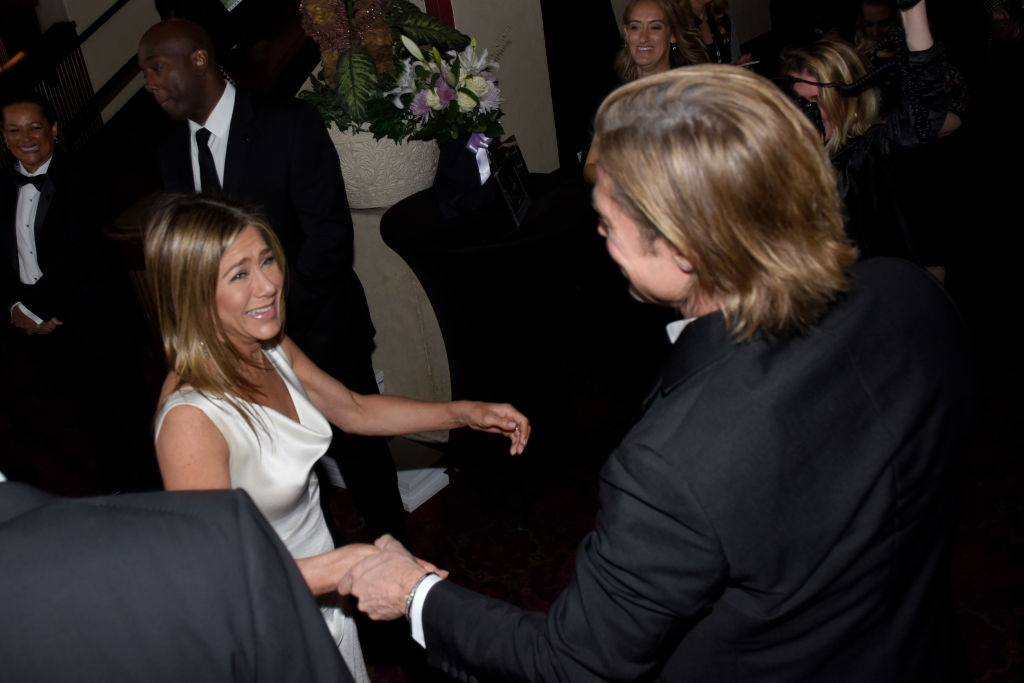 And although some may report that Brad and Jen were "holding hands," this appears to be more of a casual grasp of the wrist to us, but listen, what do we know? 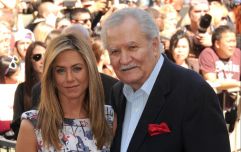 END_OF_DOCUMENT_TOKEN_TO_BE_REPLACED

Both Brad and Jen picked up an award at last night's event, so fair play to them.

Jen won the award for Best Actress in a Series for her role as Alex Levy in The Morning Show, while Brad scooped up the Best Actor in a Supporting Role for Once Upon A Time... In Hollywood.

Well deserved all round.

And while the pair have certainly been rekindling their friendship over these past few months, there is (unfortunately for many) nothing to suggest that anything else has been going on between them.

Listen lads, it's grand. Take what you can get. 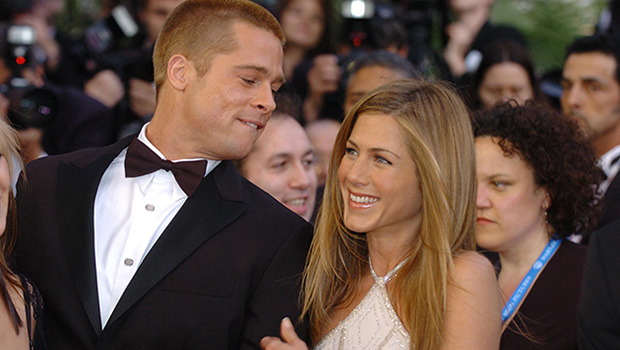 They announced their separation in 2005 and Brad went on to beginning dating and eventually wed Angelina Jolie after admitting that he "fell in love" with her on the set of Mr and Mrs Smith.

They announced their divorce in 2016.

Jen began dating actor Justin Theroux in 2011 before marrying him four years later. They announced their separation at the end of 2017.

popular
"My heart sank": Tubridy hit with backlash over Toy Show remark
Parents told to stop buying selection boxes for kids- here's why
Molly Mae Hague disappointed after "huge fail" during baby scan
"Losing a baby is the ultimate loss, but to watch on over a video call is soul destroying"
Third child dies from scarlet fever in UK- here are the symptoms to look out for
Miriam O'Callaghan on the heartache of losing her sister at 33
Gillian And Ronan Treacy Share Their Tragic Story
You may also like
3 weeks ago
Justin Theroux supports Jennifer Aniston after candid interview
3 weeks ago
Rosanna Davison praises Jennifer Aniston for being honest about IVF experience
3 weeks ago
Jennifer Aniston opens up about her "challenging" experience with IVF
11 months ago
"You have no clue": Jennifer Aniston hits out at claims she chose career over having children
1 year ago
Jennifer Aniston's baby photo looks exactly like her on screen daughter Emma
1 year ago
Jennifer Aniston pays tribute to James Michael Tyler
Next Page