They're hoping to fulfil the mum's final wish.

New mothers across the US have donated around 400 oz of breast milk to a baby boy whose mum died of Covid-19.

32-year-old Megan Richards, from Missouri, died of the virus last month, leaving behind her heartbroken husband and six children.

One of those kids was 5-month-old Myles, who she had been planning on breastfeeding through to his first birthday.

"Even when she got sick and I was trying to keep her in bed, and just try to get her to rest, I talked to her about it maybe being time to stop pumping — she'd been pumping to be able to feed him with a bottle — and she refused." 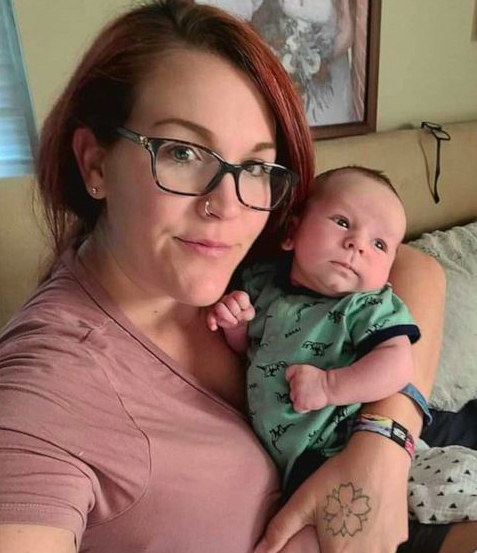 The entire family all caught Covid-19 around November 9, with the kids getting sick first and then passing it on to the couple.

While Michael and most of their kids recovered quickly, Megan, who was unvaccinated, and little Myles had a rougher time with the virus.

"She was still breastfeeding. So [I was] trying to get her to stay in bed. And rest was difficult because she just wanted to do everything," Michael told their local Fox 4 station.

"But I think it was three or four days from her positive test, she started to get really sick."

Myles was hospitalised first, but was treated for dehydration and recovered well enough to quickly return home.

The next day, November 14, Megan's condition drastically declined. She passed out as her husband called 911.

At the hospital, she was diagnosed with pneumonia and dehydration. Doctors called Michael the next day and told him her condition was worsening. 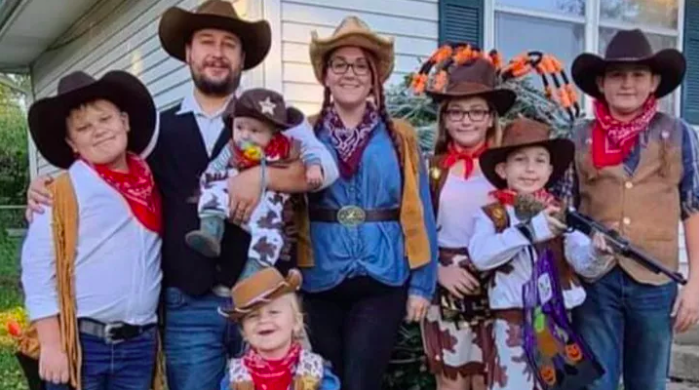 When he got there, they were performing CPR on her, and she passed away later that day.

After Michael shared their story on Fox 4, he was blown away by the amount of strangers willing to donate breast milk to help fulfil his wife's wish to breastfeed Myles.

Since Megan's death, the family has received around 400 oz of breast milk, a freezer to store it in, almost $15,000 in donations for the family, and nearly 300 emails from mums looking to donate their milk.

"It's overwhelming to know that other moms care that much, to make sure that we can fulfil my sister's wishes."

The family is now encouraging people to get vaccinated against the virus, with Michael saying he regrets not pushing Megan to get it.


popular
Tom Cruise slated for "inappropriate" behaviour around Kate Middleton
Warning issued to dog owners about the "big stretch"
Musings: 1 in 7 couples prefer sleeping in separate beds and I agree with them
Expert says Cocomelon acts "as a drug" to kids' brains
HSE urges public to stop using popular e-cigarette immediately
Teenager dies after hole he digged on the beach collapses
What exactly is monkeypox and is it dangerous?
You may also like
2 days ago
Gardaí investigating alleged assault on teenage girl in Dublin
3 days ago
Lesbian couple attacked in Dublin thank public for support
3 days ago
Pippa O'Connor shares snaps from son Ollie's extravagant communion
4 days ago
Children's social skills, confidence and speech were severely harmed by lockdowns
5 days ago
Almost 12 000 Irish children are waiting for speech and language assessment
1 week ago
Parents demand action over Ireland's 'shameful' treatment of children with disabilities
Next Page